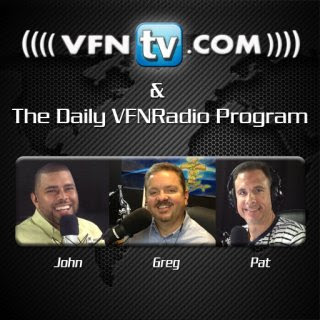 Get on the Runaway Ramp

LISTEN NOW!  John and Pat discuss John’s move down to the emerald coast.  He continues to discuss his travels driving a 26 foot truck, towing his car and family following in a separate car.  They discuss some of the beautiful landscapes he saw on his trip including the huge mountains in the Shenandoah Valley of West Virginia.  John continues to share how steep the mountains were and that when he had the gas pedal pressed to the floorboard the truck would only go 35 miles an hour.  As they continued to speak about the beautiful mountains and valleys John describes how it felt coming down a 6 mile stretch off the mountain.  It was a very steep decline which would cause you to ride the brakes all the way down.  The truck at that point was traveling at very high speeds.  The steep decline can be so dangerous that on the side of the mountain a strip of the mountain was constructed for runaway truck so they can bring their trucks into what looks like a slope to avoid crashing and collisions.  They continued to discuss that so many people are living their lives at 100 mph recklessly down a slippery slope decline all the while ignoring God’s warning signs; flashing lights, stop signs, U Turn, Dead End…    Sometimes there are even runaway ramps set up by God where you can bring your out of control life crashing into.  It’s a safe place; a place for you to come to and that’s at the feet of Jesus, in repentance.  It’s time get off this reckless road and get onto the highway to heaven but that can only happen through repentance.
Christian German Family denied Asylum
LISTEN NOW! Greg, Pat, and John discuss how a Christian German family now living in Tennessee was denied asylum.  According to CBN the sixth court of appeals upheld the Obama administration’s refusal to grant asylum to the Romeike family.  U.S Attorney General Eric Holder filed against the family arguing that homeschooling isn’t a right protected under religious freedom.   They family is going to appeal and the next step is to go to the Supreme Court.  They continue to discuss that if the family is deported back to Germany they will likely have to pay a large fine and could have their children removed from the home.  They continue to discuss how blessed we are to live in the United States and to wake up to the freedoms that are given us in the U.S. Constitution.  All this family wanted to do is protect their children from what the German school system is teaching like witchcraft, calling out to the devil for help , and sexually graphic pictures. They instead chose to flee Germany and homeschool their children.  It is so important for parents to live out a godly life before their children and take the responsibility of leading their children to the Lord once they themselves have come to Jesus.

Radical Islam has turn Nigeria into the killing fields for Christians

LISTEN NOW! Greg, John and Pat discuss how Nigeria has become the killing fields of Radical Islam as they have killed more Christians than in any country in the world.  According to CBN the Muslims are not just killing Christians but they are killing any Muslims that are sympathetic of Christians.   It is being reported that no other country is prepared for religious war like Nigeria.    They continue to discuss that just like Hitler was used to progressively take the Jews down even to their death this same hatred is being waged against Christians in Nigeria.   You cannot mix Christianity and Islam; the two don’t mix they are on complete opposite ends of the spectrum.  The presence of Christianity is the antithesis of Islam.  According to the Koran they will either have to convert to Islam, enter into servitude, or be killed.  Satan hates “JJ” Jews and Christians.

Reverend Billy Graham at 94 Prepares for last Crusade: The Power of ONE life For Jesus
LISTEN NOW! John, Greg, and Pat share about how Reverend Billy Graham at 94 is preparing for his last crusade and continue to share about the power of one for Jesus.   The Christian Post reports that”73 percent of National Association of Evangelicals leaders have attended a Billy Graham Crusade, and 44 percent have met the evangelist in person.”  Reverend Billy Graham has preached to nearly 215 million people in more than 185 countries and territories around the world.  He has also written 31 books and has spoken to numerous U.S. Presidents and dignitaries around the world.   This last crusade that is scheduled for November is unique as it will involve Christians inviting friends, family, and neighbors to their homes to share the gospel through videos of Billy Graham.   John, Greg, and Pat continue to discuss what the Lord showed Greg about the church coming together in people’s homes.  Many have at best attended Christian fellowship once a week and then come back to a home where there are idols, darkness, and sin.  We need to have God in our hearts and homes and live a life that fully represents who God is.  We were made to have the Glory of God to have it in our lives and homes.  The question is what will they find right now in your home?  God’s glory is worth it.  They continue to discuss the Great Awakening in South Africa and their prayers to see the Great Awakening to come the United States.  Dear God, end abortion and send revival.