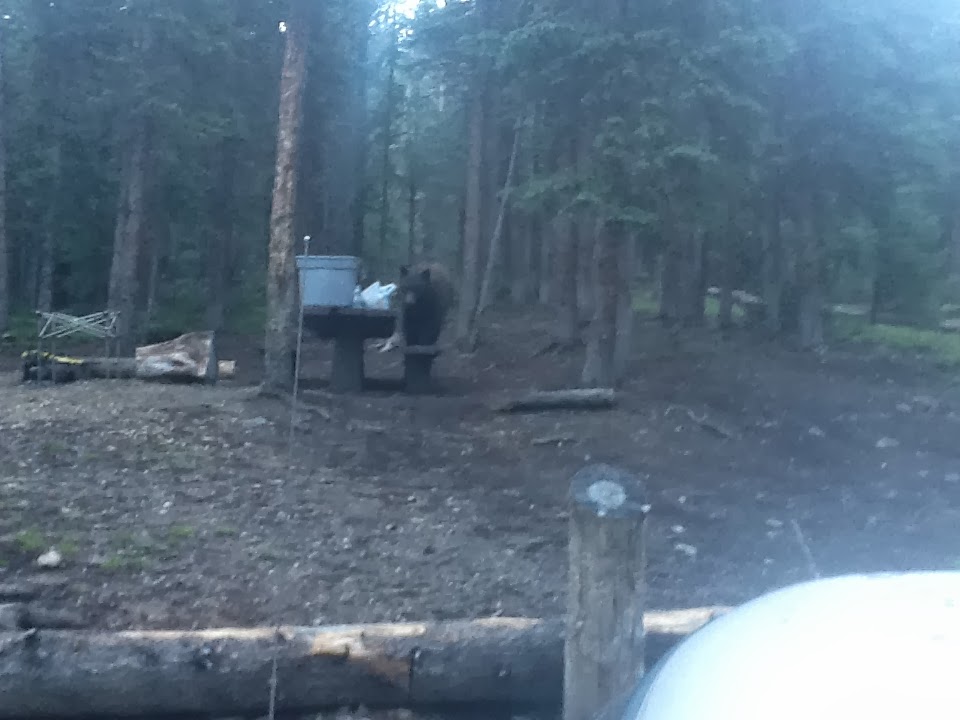 LISTEN NOW! Greg, John, and Pat discuss Brett and Luke’s camping adventure.  Brett shares how he and his son Luke had a father and son camp out and really enjoyed their time together.  However, they discovered that their sleeping bags from Florida were not warm enough for the chilly area of Colorado.  They decided the next morning to pack it up when Luke saw a bear about 40 feet away.  Brett shared earlier with Luke not to worry about bears because he didn’t think they would see any even though they saw a sign that warned them of bears.  He continues to share that as the bear got closer they made a dash to the truck and locked themselves in.  The bear went through their campsite and over to their neighbors camp site and shook the back of their truck.  Brett tried to warn the camper of the bears and they asked him if he was going to scare the bear away.  Brett very bravely responded with a “No!” He continues to share that he has

learned some wisdom on how to scare a bear away if this were to happen again.  Greg also shares a camping experience he had with is son Gered.  They brought everything with them for camping even a TV.  He continues to share how they watched Ben Hur so loud that their nearby neighbor yelled to turn it down as they quickly learned they were not alone in the woods.  They thought the food was secure since they locked their food in a rubber maid container only to find out that the food was attacked by mean squirrels.  One of the squirrels took a bite out of the Rubbermaid container.  They try to scare off the squirrels but the squirrels bowed up claiming the food.