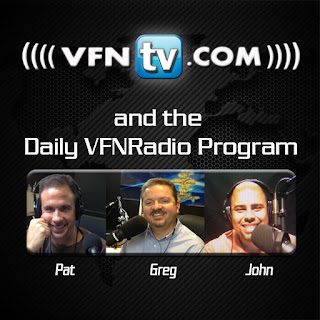 LG NEW Commercial Interview or Prank; Humor
LISTEN NOW! John, Pat, and Chris enjoy discussing a recent commercial by LG shows job applicants panicking as they see what looks like a shock and awe attack as they think they are looking through a window but in reality it is an 84 inch LG screen.
Moriah Peters; Singing Contestant Proves You Can Have Standards
John, Pat, and Christ discuss Moriah Peters, I Am Second testimony.  She shares how she first recognized she had a gift was when she sang in church.   She later has the chance to try out for a singing competition show and they told her that she was trying to be too perfect since she led a Bible Study class for girls and her commitment not to kiss a boy until she got married.  She was rejected by the judges and thought it was over.  They told her she needed to kiss a boy so she can have some experience.  By the time she left the audition God set her up with a contract and label to be a Christian artist.  Shortly after she got married and kissed her husband for the first time.  They continue to discuss how great it was for Moriah to set her standards before the Lord and how God had better plans for her life.  They encourage us that no matter where our place of influence is we should always be true to ourselves and the Lord.  God has a plan we just need to remain faithful to Him.
Rosh Hashanah Israel Celebrates Jewish New Year
John, Pat, and Chris discuss Rosh Hashanah the Jewish New Year.   It is time to reflect on the awe of God as well it being a time of joyful expectation of the New Year.  CBN reports that Rosh Hashanah marks the beginning of the High Holy days.  It falls anywhere from the first and third week of September.  It usually ushers in ten days of repentance leading up to Yom Kippur, the Day of Atonement.  They continue to discuss Prime Minister Benjamin Netanyahu’s address to Israelis all over the world.  He also shared about what is happening with Syria and the Middle East.  Israel if it needs to will defend herself and no one should doubt Israel’s resolve to do so.  Pray for the peace and protection of Israel.

Don’t Allow Temptation to Push You;  You Push Back Temptation
John, Pat, and Chris discuss the importance of not allowing temptation to push you but instead for you to push back temptation.  In this abiding moment they share that Christians today because of technology have more opportunity to fall into temptations than they did in previous generations.  They continue to discuss how not to long ago television would actually begin and end at a certain time each day.  There was no such thing as the 24/7 programming that exists today or the 500 to 1,000 television channels at your disposal.  Neither did they have internet and the ability to carry the internet on portable digital devices.  In this abiding moment they discuss the temptation and how as Christians we are warned on how to respond to it.  Temptation by itself is not sin its how we respond to the temptation.  They caution us to walk in humility which is total dependency on God and respect for other people.  1 Corinthians 10:13 tells us that “…God is faithful; he will not let you be tempted beyond what you can bear.”  God’s expectation from his Word is that you will be able to bear the temptation.  In other words you can stand up, stand against, and push back temptation.  And God is faithful to provide a way, an escape to help you and me away from the temptation.    Satan does not have any new bag of tricks he wages schemes and has strategic plans designed to tempt you into sin but God is faithful and can empower us by his grace to bear it, push back temptation and He will provide us a way of escape.
0
FacebookTwitterPinterestEmail