Home Israel The Ayatolla, Iran’s Leader, Calls PM of Israel a Rabid Dog? – Iran WILL NOT get Nuclear weapons, says PM Netanyahu
IsraelProphecyProphecy for the WorldProphetic Words from Oct 2016 and Older

The Ayatolla, Iran’s Leader, Calls PM of Israel a Rabid Dog? – Iran WILL NOT get Nuclear weapons, says PM Netanyahu

LISTEN NOW! Greg, John, and Pat discuss how the Ayatolla Khameni called the Prime Minister of Israel, Benjamin Netanyahu, a “rabid dog”.  They continued to discuss CBN’s report regarding the third round of meetings in Geneva were loosening sanctions on Iran is being discussed.  According to CBN “Israeli Prime Minister Benjamin Netanyahu told a gathering of local Jewish leaders in Moscow, Israel would not obligate itself to a bad deal, promising them Iran would not get nuclear weapons on his watch.”  It is being reported that Prime Minister Netanyahu recognizes his time in Israel’s history and is adamant to do whatever he has to do to protect Israelis.  At the same time he faces an uphill battle convincing the international community that Iran is a real threat since America is leading other nations against Israel.

Supreme Leader Ayatollah Khamenei made some revealing
statements. calling Netanyahu “…the sinister mouth of the
unclear rabid dog of the region in the Zionist regime.” He added,
“The Zionist regime is an imposed regime…and
this regime will not endure.”
CBN NEWS

All while Iran’s real leader the Ayatolla called Benjamin Netanyahu a “rabid dog”.  At the same time the President’s Senior Adviser, Valerie Jarret, is having secret negotiations with the Ayatolla of which the White House denies.  In addition, Senate Majority leader Harry Reid pulled what is called the “Nuclear Option”  in regarding the Senate who mostly make up members from the President’s own party for the whole purposes of shutting down a future filibusters that would hinder the president’s agenda.  What is America doing?  The policies of the President of the United States is forcing Benjamin Netanyahu to seek council and assistance from Russia.  This is not a surreal moment.  It’s time to wake up, tear our clothes, put on sack clothes, ashes, humble and humbles before God.  We are encouraged to position ourselves to be taught God’s word. 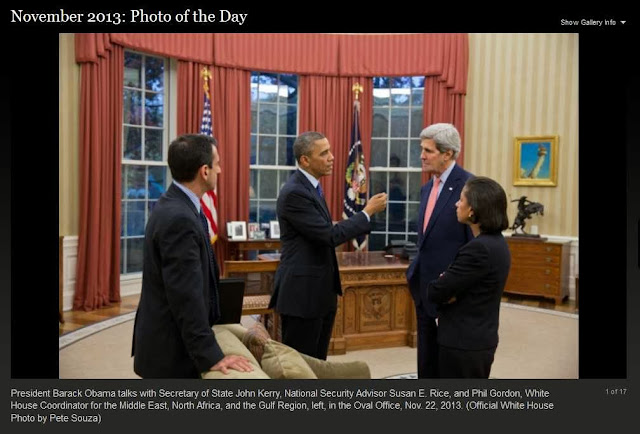 Netanyahu: Iran Will Not Get Nuclear Weapons
Related Articles
Praying For President Obama
Alleged Negotiations taking place with President’s Iranian born Adviser Valerie Jarret, not John Kerry, S.O.S.
Was Our President Selected Before He was Elected? Are They Using Tips from Lucifer to organize America and the World?
AMERICA: HOW WE GOT HERE & HOW WE STAY HERE!
AMERICA: HOW WE GOT HERE & HOW WE STAY HERE!- Part 2
P. M. Benjamin Netanyahu Speaks at United Nations: Iran’s President is Wolf in Sheep’s Clothing- We can’t be fooled
Don’t Be Distracted!: Keep Your Eyes on Israel
What Are We Doing? Are we Really going to ease Sanctions on Iran- Forcing Israel to seek help from Russia?
Approaching Catastrophic Consequences; Potential WWIII and it BEGINS in Israel?

I1S2R3A4E5L6    PWDVELSE
When we know better, we always try to do better.  Retractions & Restatements
0
FacebookTwitterPinterestEmail