Home Israel World Jewish Congress President Makes Historic Statement to Christians; Because you(Christians) stand with Us (Jews) I will Stand with You( Christians)
IsraelProphecyProphecy for AmericaProphecy for the WorldProphetic Words from Oct 2016 and Older

World Jewish Congress President Makes Historic Statement to Christians; Because you(Christians) stand with Us (Jews) I will Stand with You( Christians)

LISTEN NOW! Greg, John, and Pat discuss the historic statement World Jewish Congress President made regarding Christians when he said because you (Christians) stand with us (Jews) I will stand with you (Christians).  President Ron Lauder communicated his willingness to stand with Christians as he spoke during the Feast of Tabernacle.  According to CBN News “”I will not be silent and we will not be silent,” Ron Lauder, president of the World Jewish Congress told Christians recently about Jewish support for persecuted Christians.” He continued to reiterate his stand with Christians when he said that he will not remain silent when Christian churches are burned down.   I will not remain silent when 450,000 Christian Syrians are forced out of Syria.  This is a historic statement made in Jerusalem because of the prophetic implications.
Matthew 23:37-39
“Jerusalem, Jerusalem, you who kill the prophets and stone those sent to you, how often I have longed to gather your children together, as a hen gathers her chicks under her wings, and you were not willing.  Look, your house is left to you desolate.  For I tell you, you will not see me again until you say, ‘Blessed is he who comes in the name of the Lord.’
We can come to appreciate this as we review where we came from as a nation when at the most recent Democratic National Convention Americans booed recognizing God and Jerusalem as the capital of Israel being reinstated in their platform after it was taken out.  As President Lauder said we share the same “book”, the same Ten Commandments and the same values.  They continued to discuss the rise of Christian Zionism loyal supporters of Israel and the right to possess their own land.  They continue to encourage us to support Israel and organizations like CUFI, Christians United for Israel, which bring Israeli issues to the forefront of America’s leaders in Washington, D.C.  CUFI today has 1.6 million members and according to “Charisma News”, Pastor John Hagee, the founder has raised and donated nearly 80 million dollars to Israeli charities. We must continue to stand with Israel with our prayers, finances, and with our actions.  They encourage us to contact our senators and advocate for Israel and for continued sanction toward Iran.   They continue to discuss this could very well be a sign of the Jews coming to salvation. 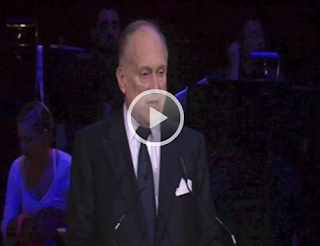 DNC – REMOVES GOD AND JERUSALEM FROM PLATFORM;THEN VOTES “GOD” AND JERUSALEM BACK IN, KINDA
DNC Removes God from their Platform, Has much of the Church Removed God from their Heart
“JJ” Jesus and Jews
Was Our President Selected Before He was Elected? Are They Using Tips from Lucifer to organize America and the World?
The Phone Call: P.M. Benjamin Netanyahu Calls President Obama and Shares a Sobering Warning
The Heavens are God’s Billboard; 4 Blood Moons coming and what does it mean for Israel?
Islam Infiltrates U.S. Government?

I1S2R3A4E5L6    PWDVUS     PWDVELSE
When we know better, we always try to do better.  Retractions & Restatements
0
FacebookTwitterPinterestEmail