FSU Auburn BCS Title Game; Seconds Matter not Just in a Game but in Life

LISTEN NOW! John and Pat discuss the FSU- AUBURN BCS Title game and that seconds matter when all you have is seconds.  They discuss how this was a thrilling game.  FSU, Florida State University, had an undefeated season and their quarterback was the recipient of the Heisman Trophy, played against a red hot Auburn University team who came off a very impressive victory against their longtime rivals the University of Alabama.  They continued to discuss how Auburn was beating the favored FSU Seminoles by a large spread in the first quarter only to see FSU come back and pass them in score.  Both teams went back and forth however they were playing against the clock.  From the moment the game begins the time clock is set to go down to zero and when it does the game is over.  Well with just about twenty seconds in the game FSU scored a touchdown to take the lead leaving very little time left for their opposing team the Auburn University to score again.  The game was over Florida State University won the game and victory came down to seconds on a clock.  Life is a lot like a football game you only have a specified amount of time to do what you have to do to win the game. They further discuss how each of our lives is coming to an end.  We just don’t live forever on earth.  The question we have to ask ourselves is what are we doing with the time we have left?   Does our life just consist of stuff and things?  They continued to share how we only pass through life once.  A well-known missionary was asked whether he was concerned about wasting his life.  The missionary responded that everyone wastes their life the question is are you wasting your life?  At the end will you have any regrets for what you didn’t do for God?  They challenge us to abide with God for six weeks and give everything we have for him. 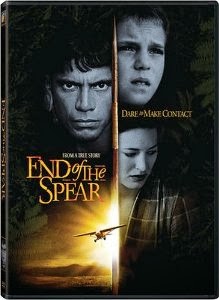 Draw Near to God

Dear God send us Players not Fans : Are you a Player or a Fan?