LISTEN NOW!Greg, John, and Pat discuss the prophetic vision given to Bob Jones in 1994 regarding the move of God that was coming to the Pensacola region that would touch the entire nation.  They discuss how they came in contact with this prophetic word.  John first came in contact with this word several months ago and just a few days ago this prophetic word was brought to him again when a friend Ryan, graduate of Brownsville Revival School of Ministry, shared with him how this same word was recently released at the Pensacola House of Prayer by Paul Keith Davis.  They further discuss how Paul Keith Davisfeels the fulfillment of this word is really soon.  Greg, John, and Pat discuss how this prophetic word has significant meaning as this is something that has been labored and believed for, for many years.  This prophetic vision Bob Jones received was very confirming as to what they have shown and also from what they have experienced.  Their desire is to see this move of God to come and for the Lord to redeem what was started and to touch Pensacola, the Gulf Coast and the entire nation with a mighty move of God.  The following is Bob Jones word written by Paul Keith Davis. 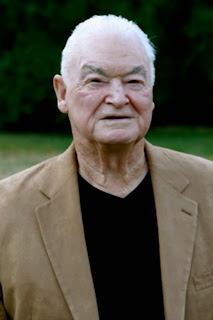 THE LIGHTHOUSE VISION
A Prophetic Word for the Gulf Coast by Bob Jones
Written by Paul Keith Davis
August 1, 1994
(NOTE: This prophetic word for the Gulf Coast was first released in the summer of 1994. We are reposting it now in its original form because there are elements of it that have not yet been fulfilled that we believe are imminently facing this region. The format and language could be improved considerably but I left it as originally written for authenticity. Much of it is in symbol form but the meaning should be clear.)
In this vision I was told that pastor Cho from South Korea gave a prophecy for Pensacola, Florida and the prophecy is true and will shortly come to pass releasing a new move of the Spirit. The Lord said that he is going to transfer “Prayer Mountain” to Pensacola, Florida and a powerful move of God is going to the birthed from it. I am not aware of it in the natural, but I was told in the vision that he (Cho) received this revelation and brought the prophecy in a number of places.
I was told that this outpouring will produce repentance leading to true Godly righteousness producing power evangelism. The Lord said he wants to restore the Lighthouse in the Pensacola area bringing a sanctifying light to the leadership’s. It is actually an invitation or opportunity for the Pensacola region to restore this Lighthouse and produce a great light that will begin a move of God that will eventually cover this entire nation.
I actually saw the lighthouse; it was a very old lighthouse that had been there a long time. In times past it had been a good lighthouse providing adequate light to prevent shipwrecks.
However, “vandals” had entered the lighthouse and vandalized the entire lighthouse destroying the lights and causing great damage to the lighthouse. Though it had kept ships from wrecking previously, now shipwrecks were happening all over the area. These shipwrecks were “ships of state” of churches or in other words they were leader-SHIPS of churches.
One after another of the church leadership was being destroyed on the shore because they had no major light. These vandals had entered and extinguished the lights and written all kinds of propaganda on the walls that were not from the Lord. They had written a variety of manmade slogans, slang, and slurs…MORE 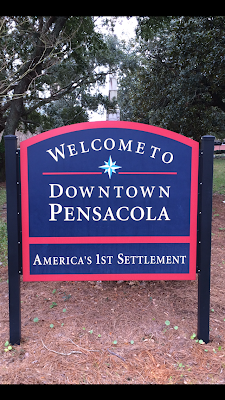 Related Articles:
PROPHECY – It’s Going to be a Physical Battle, Not Just Spiritual
Remembering the Wonders of the Lord
Remembering the Wonders of the Lord Part 2
The CONVERGENCE of a choir of Prophetic Words- Ineptocracy- Unless America Turns America will burn; and the coming Great Awakening
Just Being the Light in the midst of Darkness- Key to Third Great Awakening