Home Prophecy Is Russia Using the Olympics to Set the Stage?
ProphecyProphetic Words from Oct 2016 and Older

Is Russia Using the Olympics to Set the Stage?

﻿
LISTEN NOW! John and Pat discuss if Russia using the Olympics to set the stage.  They continue to discuss how the Sochi Winter Olympics has had heightened security as a result of terror threats.  They further discuss how important it is for a city and country to play host for the Olympics.  There are huge benefits in terms of economy but also as well as exposure.  The host country literally gets free advertising on the world stage for as long as the Olympics are covered.  However, beyond the money and the marketing benefits politicians and governments have used the Olympics as a way to show the strength and supremacy of their country.  This has been true in times past especially in the case of Germany when Hitler hosted the 1936 Olympics.  Great lengths were taken to display a powerful Germany to the rest of the world.  Hitler had an 110,000 seat coliseum built with special seating for the Nazi Party.  Every bit of anti-Semitic signage was removed from plain sight and the Jews were treated fairly as long as the world watched.  They continue to ask the question if Russia’s President Vladimir Putin is trying to do the same.  ESPN is reporting that the Russian hockey team is under insurmountable pressure to win gold.   They further discussed how the increase pressure for Russia to show they are on top especially since the U.S. Hockey in the 1980 Olympics in Lake Placid NY, pulled off an upset by beating the Russians then.  They further discuss how the stage is being set for Russia in particularly because of their rise especially within the last couple of years.  We have seen Russian President Putin, supporting Syria’s President Assad, Russia welcoming NSA leaker Snowden, as well as “Forbes” recognizing President Vladimir Putin as the most powerful man in the world.  They encourage us to watch and to pray. 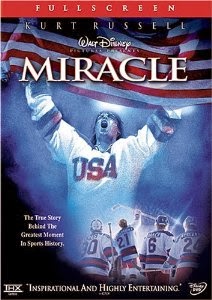