LISTEN NOW!  Greg, John, and Pat discuss how Israel yet again is being disrespected on the world stage.  It’s important for us to know that Israel is a time clock for the church.  Almost on a daily basis Israel is consistently being discussed in the news.  Just recently it is being reported by the Jerusalem Post that a journalist was denied a passport to enter Saudi Arabia to cover President Obama’s trip to the country.  It still has not yet been determined whether the visa was denied because the journalist was a member of the media or because of religion. They continue to discuss how it is being reported that 62% of Palestinians surveyed don’t agree with the recent United States led plan for a two state solution between the Palestinians and Israel.  Still with all the concessions Israel is willing to make in giving up a piece of their land there is a great majority of Palestinians that are still not for it as they refuse to acknowledge Israel as a Jewish state.  They continue to discuss the irony of such people demanding that a piece of bread be broken off for their benefit yet they refused to acknowledge the true and legitimate existence of the piece of bread they want a piece of.  Israel is plainly being disrespected as they continually are willing to make concessions for peace with a people who refuse to acknowledge them. 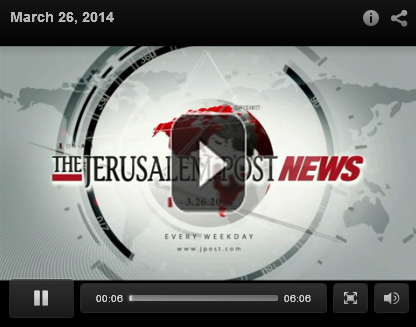 Related Articles
Islam allegedly Has Plan to Kill our President God reveals, We must pray for him
Forbes says Putin Most Powerful Leader over Obama