Prophetic Dream: The Power of the Wind 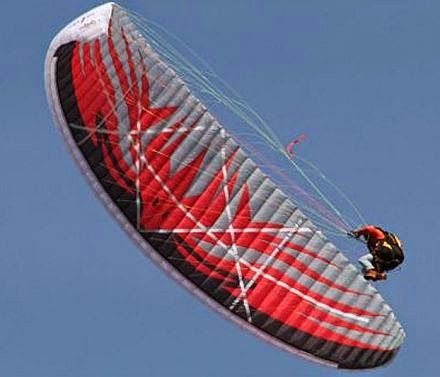 LISTEN NOW! Greg, John, and Pat discuss the recent prophetic dream the Lord gave John Ramos regarding some very specific things they have been praying for in particularly being prepared to minster in the next season we will find ourselves in.  John shares how in the dream he saw Greg lying on his back with a harness on.  The harness was for a 15 foot red glider that he was tethered to that was 100 feet in the air.  John shares how he was watching a video of what was known to him from a ministry trip that Greg and Pat were returning from.  He can see in the video that the camera man went back and forth to the look on Greg’s face to what Greg was actually looking at.  John continues to share that in his close to 20 years of knowing Greg he has never seen that look on his face.  The wind was moving powerfully and violently and Greg was holding on tightly and there was nothing that John could visibly see holding Greg to the ground.  Greg’s look was one that expressed that he knew that any moment he was about to be taken up in this wind all the while knowing he had no idea what would happen but he was ready.   Then in the next scene John is an airplane with Greg, Pat and an unidentified man.  Pat and this man were sitting side by side each other and they had parachutes on their backs and were about to jump out of the plane.  Then Pat puts his hand under the man’s thigh and the man does the same thing to Pat.  Pat then tells John this is in Genesis.  John shares how he was not able to make out the chapter and verse Pat told him in the dream so when he awoke he went to the scriptures and read in Genesis 24 just how Pat told him and this was done between Abraham and his servant when Abraham told him to swear that he was find his son Isaac a wife from among his people.
The next scene involved John looking out the window and saw a series of huge snow capped mountains in the distance.  They were very large and beautiful and as they discussed this dream more they are believing more and more that those mountains represented the 7 mountains in society, family, religion, government, family, education, media, and business. Then he saw Pat soaring and flying like superman straight to the ground as if he was a professional air plane jumper. They were so high up all John was able to see was the greenery of the earth.  They also continue to share how they were apparently having several meetings.  John found himself at a baby doctor’s office waiting room and he happened to see a married couple he knows in the natural who are presently pregnant but in the dream they had a baby in their arms.  Then John walked in back into where they were having meetings.  John walked into the restroom to change before he went in the meeting and Pat called him on the cellphone and told him everything has changed.  In that moment John instantly knew that everything they were doing had suddenly and completely changed and there was no time to change he had to get to the meeting.  When he walked out of the rest room and began walking to the meeting he heard the words you are stepping into a new horizon.  They continue to discuss how they have been praying for God to continue to speak to them as they are preparing for how to minister in this next season of the four blood moons.  The wind of the Spirit is powerful and will carry them through.  They have great expectation for what lies ahead and the sudden change it will come in.