LISTEN NOW! Greg, John, and Pat discuss how the Federal Appeals Court in a victory for Americans and the United States Constitution ruling invalidates some of Obama Care subsidies.   They continue to share how it is important to understand that just like in the recent Supreme Court in the Hobby Lobby case; this is not a Christian victory but a Constitutional victory.  The Constitution affords every American citizen certain rights that no branch of government, including the executive branch, can violate.  Our Founding Fathers were wise when they set up equal branches of power such as the Legislative Branch (Congress), the Executive Branch (the President) and the Judicial Branch (the Supreme Court).  The idea is that although laws may be voted on and created it is ultimately the Judicial branch that determines whether the law that was created is constitutional.  We are a nation of laws.  The laws must be adhered to by everyone including our elected representatives when a law can be easily violated that is the beginning of lawlessness.  We hear words from the President, allegedly his advisors that they are going to bypass you, the American people, but it is worded this way: “we are going to bypass congress” and this should not be.  They encourage us to keep our hopes up as they believe that the Supreme Court has had some time to rethink their last ruling regarding Obamacare.  It’s because of the Constitution that we can freely serve Jesus Christ completely free and unhindered in America.   WATCH FULL PROGRAM! 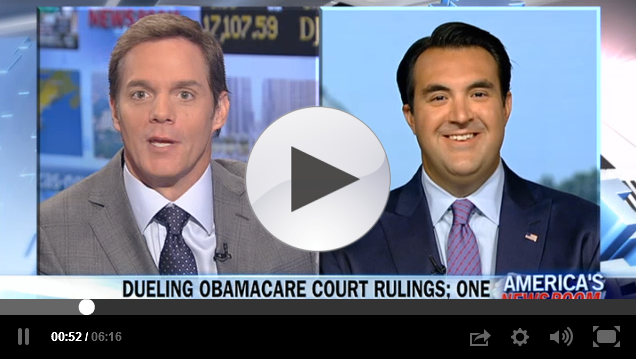