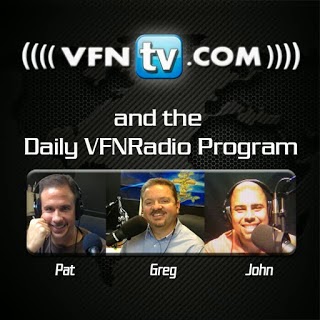 Travesty of Justice Says Prime Minister Benjamin Netanyahu in response to United Nations Investigating Israel for War Crimes
John, Pat and Steve share the most recent events regarding the war between Gaza and Israel: the United Nations is opening discussions about investigating Israel as possibly committing war crimes. Yes, Israel. Within the last 17 days, Hamas has shot over 2,200 rockets into Israel, Hamas is using human beings as shields, using Palestinian civilians to defend their weapons, and Israel is being targeted as committing war crimes. According to the Blaze, Israeli Justice Minister Tzipi Livni wrote on her Facebook page in response: “I have two words for you: Get lost. Not only is this a wrong perspective being applied to Israel from the United Nations, according to the Jerusalem Institute for Justice, since 1975 an unstoppable voting block inside the United Nations, made up of Muslim and Communist Nations, has been passing resolution after resolution against Israel. In response to the United Nations actions of investigations, Prime Minister Benjamin Netanyahu stated that, “this use of human shields is extraordinarily cynical, grotesque, it’s inhuman, but what is equally grotesque is that Israel is condemned in the Human Rights Council. It’s a travesty of justice.”  As nations voted whether to accept or to reject starting investigations, only one nation rejected: The United States. What is a greater shock is for Russia now to step to the table and express the desire to broker a peace deal with Gaza and Israel. Of all nations, Russia? These truly are critical times. We must stand with Israel. Find how you can do your part to stand with Israel, and so much more. Also shared in this segment: Israel, United Nations, Iran, Hamas, Zionism, racism, voting block, Great Britain Prime Minister David Cameron, and Vladimir Putin.
Study Reveals Abortions are Down 13% in Texas
John, Pat and Steve share recent exciting news that has recently been released from Texas regarding abortions. Since 1973 and the passing of the landmark case Roe v. Wade, over 50 million abortions have occurred in America. There have been increasing responses regarding the state of abortion in America and the prayers from the body of Christ, as law after law against abortion has been passed. According to a recent CBN report, in the state of Texas the number of abortions has declined by 13%. Attributed to tougher state regulations, this truly is a testimony of God hearing the prayers of many and responding. Continue to bombard the gates of heaven, asking God to “Send Revival and End Abortion in America”, and so much more. Also shared in this segment: abortion, Baby Alive Bill, Governor Rick Scott, and Kermit Gosnel.
Tim Tebow working Hard and Trusting God with NFL future Return
John, Pat and Steve discuss the whereabouts of Tim Tebow and what he has been up to. He has hit the training hard with other NFL athletes; Tim has not given up on his dreams of being an NFL quarterback. He is travelling back and forth from Arizona to Los Angeles to stay involved with trainers and intense conditioning. Part of his routine is a game called “Danny Ball”. When asked about his future he shares: “I don’t know what my future holds, but I know Who holds my future.” Amidst the continual pressure at the level of the NFL, Tim Tebow has continued to persevere to advance the gospel for Jesus Christ wherever he may be. Get an inside perspective of his workouts, and so much more. Also shared in this segment: NFL, faith, evangelism, and hope.