LISTEN NOW! John, Pat, and Steve share about the growing outbreak of Ebola in Africa. According the CBN, the CDC has warned travelling Americans not to travel to the three hardest hit countries: Guinea, Liberia, and Sierra Leone. While this outbreak of Ebola is the worst outbreak in history, presently 700 deaths have been reported, stories of increasing faith are being known. While Samaritans Purse is on the ground and providing service and help wherever it is needed, American missionaries, Nancy Whitebol and Dr. Kent Brantly are currently being treated for Ebola.

The story of Dr. Brantly is reaching many as it was reported there was only one serum of the anti-virus at the time of his having contracted the disease. Rather than choose to apply it to himself, he chose to give the serum to another aid offering help to the people. CEO of Samaritan’s Purse, Franklin Graham has asked us to join in praying for Dr. Kent and the Brantly family as Dr. Kent is fighting for his life. Find out more how pastors in the region are responding, and so much more. Also shared in this segment: virus, CBN, Samaritan’s Purse, missionary, evangelism, prayer, and repentance. 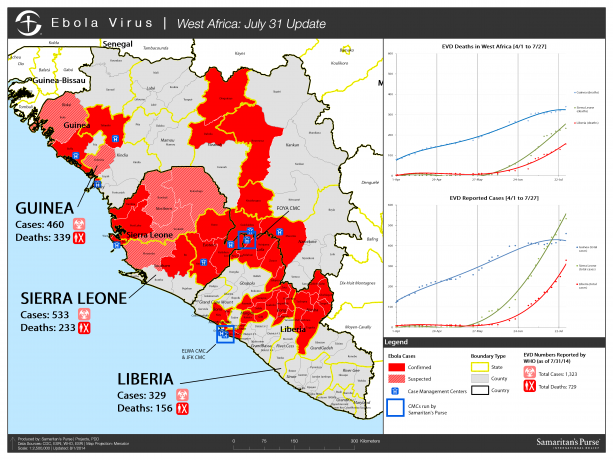