Rediscovering God in America: Reflections on the Role of Faith in our nation’s history and future- Part 4- Thomas Jefferson Memorial

LISTEN NOW! John, Pat and Steve continue the encouraging discussion of Newt Gingrich’s book, Rediscovering God in America. It such an inspiring journey to peer into the monuments within America’s capital of Washington D.C. and see how significant the role God plays in America but also how significant God was in the lives of the founding fathers.
The Jefferson Memorial commemorates America’s 3rd President, Thomas Jefferson. Within this memorial are 4 panels with inscriptions on each. Three of the 4 panels acknowledge the existence of God. Presently, there is a reoccurring argument regarding “the separation of Church and State”. What some might not be aware of is the original letter that Thomas Jefferson wrote regarding that issue he had a completely different intension in mind. It was Thomas Jefferson who played a part in the writing the first 10 amendments to the Constitution, known as the Bill of Rights.  We must know our history and the freedom within the country of America that provides the ability to worship God freely. Be greatly encouraged as you learn more of the significance of God in the leadership of yesterday, and so much more. Also shared in this segment: Thomas Jefferson, The Bill of Rights, The Constitution, Puritans, Charisma, Original Intent, and freedom. 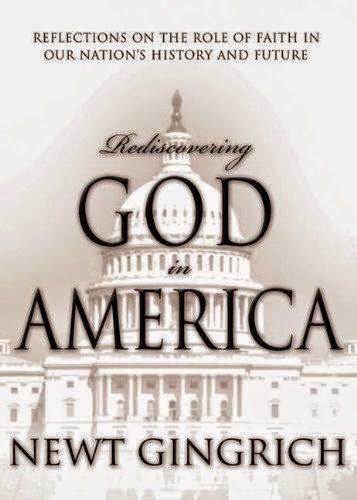 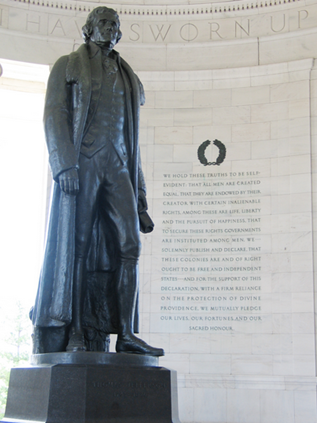 Rediscovering God in America : Reflections on the Role and Faith in our nation’s history- Part 3 – The Washington Monument
It’s OK for our Generation to believe that God has Blessed America and not Lose Sight of the many blessings that have Overtaken us
Rediscovering God in America: Reflections of the Role of Faith in Our Nation’s History and Future
Congressional Prayer Caucus- Restoring our Nation’s Motto; In God We Trust
Praying for Those In Authority; Desire of God, Requirement for Peace & Hope for Salvation
America the Beautiful – Celebrating America and All She Has Become; Independence Day
America; Sweet Land of Liberty
A1M2E3R4I5C6A7     C1O2N3S4T5I6T7U8T9I0ON