Home Israel Simple Lesson on Middle East Geography and the Newly Elected President of Turkey who reportedly got elected because of his hatred for the Jews: Pay Attention There is a Strategy
IsraelProphecyProphecy for the WorldProphetic Words from Oct 2016 and Older

Simple Lesson on Middle East Geography and the Newly Elected President of Turkey who reportedly got elected because of his hatred for the Jews: Pay Attention There is a Strategy

LISTEN NOW! Greg, Pat, and John revisit a prophetic word that was given regarding the happenings in the Middle East. With all the current events that are unfolding before our eyes, things are looking much closer than one might believe. In Ezekiel 38 and 39, the Bible shares the events of nations rising up against the nation of Israel. God shows Himself mighty defending the nation of Israel as it results in Israel needing 7 months to bury the bodies and 7 years to burn the weapons of their adversaries and enemies.

By tracing a series of events that have taken place in the Middle East, within the leadership of nations, presently, and in years past, a clear picture of these events begins to take form. During a past Democratic National Convention, it was the Russian Navy that was shown, not the American Navy. Arab nations were standing in agreement together against the actions of Syria. Red lines were drawn. Secretary of State John Kerry has been in continual negotiations and talks with Iran and the activity of Iran’s nuclear development. According to Pat Robertson, CBN, by the end of 2014, Iran will have nuclear capability. ISIS is continuing to bring devastation to Christians in Northern Iraq and carrying out terrorist acts throughout the country. Continuing to trace the events, dots can be connected with Russia, Turkey and the armament of weapons to Gaza. Vice President Elect of Turkey Erdogan has recently been voted into leadership by his open voice of hatred towards Israel.

By looking at all of these events, it appears that the Muslim nations in the Middle East are being organized. Reportedly, Russia is stepping up to offer support to help Israel with their conflict against Gaza. Don’t buy into peace. We have to follow the progression and be mindful of the outcomes. Nations cannot organize against Israel. Doing so will only end up with 7 months and 7 years as the Bible details. The God who watches over Israel neither sleeps nor slumbers and neither should the church. Find out in this critical hour, the detailed trace of events that have brought us to today, what the church can do to stand in allegiance with Israel, and so much more. Also shared in this segment: Russia, DNC, Secretary of State John Kerry, Vladimir Putin, President Obama, Mecca, Gaza, flotillas, red lines, prophesy, and prayer. 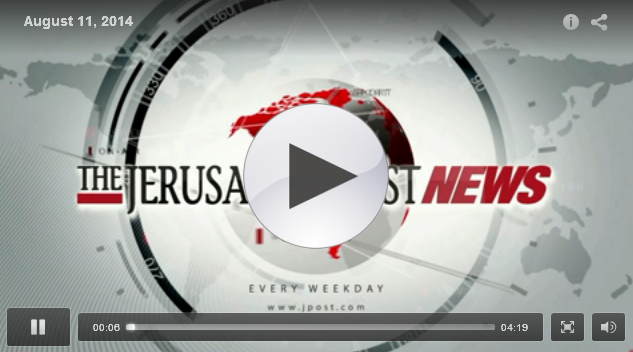 The Lord’s Victory Over the Nations, Victory