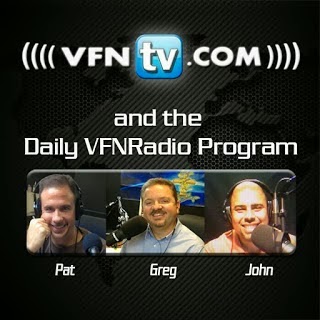 John, Pat and Steve continue the conversation regarding Israel and the ongoing conflict with Operation Protective Edge. At this point, there have been 11 cease fires between Israel and Hamas and surprisingly Hamas has broken each one of them. Rockets are continuing to impact Southern Israel causing Israel to defend itself. Amidst all of this, CBN is reports how Palestinian Authority President Mahmoud Abbas has brought about an “unconventional solution” to the Palestinian conflict.
It is important to remember that Israel must be able to defend herself in these critical days. By seeing a present day perspective of Israel and the borders that it must defend provides invaluable visuals of understanding, as well as how the church can pray for Israel. The Muslim nations around Israel are 650 times the size of Israel. Yet, there are critical areas in Israel that must be maintained in order to keep the safety and peace within the borders. Find out the importance of each of these, what each of the areas are within Israel that must be controlled by Israel in order to maintain peace, and so much more. Also shared in this segment: Israel, Hamas, Palestinian Authority, 1967, John Paul Jackson, tunnels, and prayer.
John’s Football Journey; Humor
John, Pat and Steve enjoy a brief moment in history as they discuss a portion of John’s past as a football player, yes you heard it correctly, John played football. It was during these days that John encountered many people that have encouraged him in such a way that still reminds him to this day how powerful our words are to one another. Enjoy this humorous moment with a laugh, and so much more. Also shared in this segment: humor, John in football pads, and motivation.
ISIS Now in America?
John, Pat and Steve continue to share about the recent events regarding the Islamic State known as ISIS. Right now, ISIS is primarily being reported as being located in the Middle East. Governor Rick Perry comments that it is a “very real possibility” that ISIS can be within the borders of America. Considering the current reality of what is taking place on America’s Southern border of Texas and Mexico, this is certainly true. After photos of ISIS flags have surfaced in front of the White House it has brought a valid concern. Now is the time that America plays her role and responds to such evil. People respond to leadership. As the church, we must remember to pray for the leadership of the nation. Find out the details of what else is taking place within ISIS, within America, and so much more. Also shared in this segment: PM Benjamin Netanyahu, Sinjar Mountains, Texas Governor Rick Perry, CBN, ISIS, ISIL, Black Market, and repentance.
Rediscovering God in America: Reflections on the Role of Faith in our nation history and future- Part 4- Thomas Jefferson Memorial
John, Pat and Steve continue the encouraging discussion of Newt Gingrich’s book, Rediscovering God in America. It such an inspiring journey to peer into the monuments within America’s capital of Washington D.C. and see how significant the role God plays in America but also how significant God was in the lives of the founding fathers. The Jefferson Memorial commemorates America’s 3rd President, Thomas Jefferson. Within this memorial are 4 panels with inscriptions on each. Three of the 4 panels acknowledge the existence of God. Presently, there is a reoccurring argument regarding “the separation of Church and State”. What some might not be aware of is the original letter that Thomas Jefferson wrote regarding that issue he had a completely different intension in mind. It was Thomas Jefferson who played a part in the writing the first 10 amendments to the Constitution, known as the Bill of Rights.  We must know our history and the freedom within the country of America that provides the ability to worship God freely. Be greatly encouraged as you learn more of the significance of God in the leadership of yesterday, and so much more. Also shared in this segment: Thomas Jefferson, The Bill of Rights, The Constitution, Puritans, Charisma, Original Intent, and freedom.