Is Apple Really worth More than Russia’s entire Stock Market?

Forbes Magazine continues their release of the most powerful figures in the world. For the second year in a row, Vladimir Putin has been named number one. In the past, the top spot was held by the President of the United States. In addition, Forbes is also sharing some revealing information about the economy of Russia. According to Forbes, Apple, the company, is now worth more than the ENTIRE Russian Stock Market. Currently, we have seen gas prices steadily falling. The Moscow Times reports that the cost of a barrel of oil has hit an all-time 4 year low. How does this affect Russia? How does this affect the nations that are dependent on the oil from Russia? Find out the significance of these events, and so much more. Also shared in this segment: Forbes Magazine, Vladimir Putin, President Barack Obama, economy, Crude Oil, barrel, Apple, iPhone 6, Israel, Uranium, and prayer. John, Pat and Steve shared in this segment.

See more, related content and articles for this article.
Empowering the Next Generation of Kingdom Business Leaders
Some may say that you learn the most from good leadership. Can we learn just as much from bad leadership? In a book, Beauty Queen: Inside the Reign of Avon’s Andrea Jung, it journals Andrea’s introduction to the company Avon, her leadership as CEO, and her resignation. Andrea shares some of her own wisdom that she received early in her career that guided her through her toughest moments. What some may not know is that Avon’s business structure is a direct-selling company. There are over 6.5 million independent distributors that supply Avon products around the world. 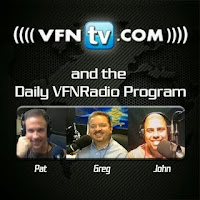 It is companies such as Avon, and the many others that give others the incredible opportunity to enter the business market as entrepreneurs. The Lord has created each and every one of us with the ability of creativity. Every day there are new inventions being released to answer a multitude of needs.  It has been said that leaders are willing to do what others are not willing to do. What creative ideas could be within you that you are not aware of? God has a desire for the business mountain to be affected by His light, by His truths, and by His love. Be encouraged as you hear of the limitless possibilities that are available when we take the top off of our mindsets and move in creativity as the Lord leads, and so much more. Also shared in this segment: Avon, Andrea Jung, CEO, leadership, entrepreneurs, small business, hard work, work ethic, luxuries, hardship, struggles, parenting, college, employees and free time. John, Pat and Steve shared in this segment.
See more, related content and articles for this article.