WATCH! Taliban Massacre: ‘Their Sole Purpose Was to Kill Those Kids’ 141 Children Killed

WATCH! CBN News Pakistani officials have fended off Taliban gunmen who stormed a military school in Peshawar Tuesday, but not before the attackers massacred 132 children and nine staff members.

“Their sole purpose, it seems, was to kill those innocent kids. That’s what they did,” military spokesman Asim Bajwa said.
Authorities say most of the victims were students in grades 1-10 at the army public school.
“My son was in uniform in the morning. He is in a casket now,” Fox News quoted Tahir Ali, who arrived at the hospital to claim the body of his 14-year-old son Abdullah. “My son was my dream. My dream has been killed.” Read full article 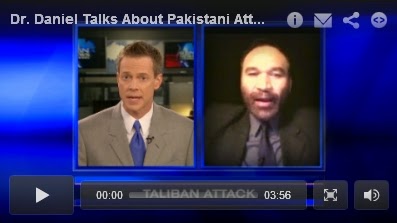