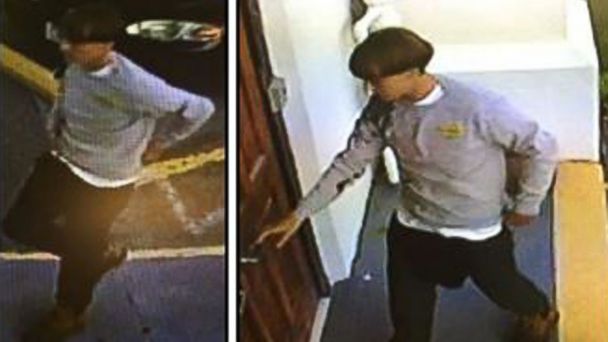 FoxNews Reports:  Police immediately branded the shooting spree, which began just after 9 p.m. Wednesday, a hate crime, and released surveillance images of a white man fleeing the scene at 180-year-old Emanuel African Methodist Episcopal Church after the horrific incident, which left six women and three men dead.
“This is an unspeakable and unfathomable act by somebody filled with hate and a deranged mind,” Charleston Mayor Joseph Riley said in a Thursday morning press conference. He vowed that authorities were “committed to finding this horrible scoundrel.” … Read full article

The church is a historic African-American church that traces its roots to 1816, when several churches split from Charleston’s Methodist Episcopal church. One of its founders, Denmark Vesey, tried to organize a slave revolt in 1822. He was caught, and white landowners had his church burned in revenge. Parishioners worshipped underground until after the Civil War. Read full article
Anyone with information on the gunman’s whereabouts is asked to contact Charleston Police dispatch at 843-743-7200. Read full article

Our hearts and prayers go out to the families who tragically lost their loved one’s in such a hate filled, evil act of terror last night.  Our prayers are for justice and protection for the families in South Carolina and all the Christians in America and the world who are seeking only to worship our Savior Jesus Christ.