Home Glory Stories Reports of Arabs, Muslims and even ISIS Jihadist are having dreams with Jesus resulting in many coming to Christ: God has Called us to Reach the Nations
Glory StoriesHoly SpiritProphecyProphetic Words from Oct 2016 and Older

Reports of Arabs, Muslims and even ISIS Jihadist are having dreams with Jesus resulting in many coming to Christ: God has Called us to Reach the Nations

LISTEN NOW! Youth With a Mission (YWAM) has continually made their presence known with the gospel throughout the nations of the world bringing many to Christ. The most recent testimony in the Arab world is nothing short of a miracle. According to YWAM, and ISIS fighter has been receiving dreams about a man “dressed in white telling him ‘you are killing my people’”. Because of this, he began getting ill because of his actions. One particular Christian gave this jihadist a Bible before he was martyred. Now, this once Islamic Fighter has given his life to Jesus Christ and wants to be discipled!

It is testimonies such as these that are sweeping through the Arab world. Reportedly, of those who have come to Christ in the Arab world “80% will see him (Jesus) in a dream”. One young woman experienced a dream that she died and immediately found herself on a train that was headed to Jesus. The question that she was asked will have you speechless. Hear more of the powerful testimonies that are taking place, the powerful book Hiding in the Light and one woman’s powerful journey of shame in Sri Lanka to freedom in the love of Christ, and so much more. Also shared in this segment: the Holy Spirit, dreams, visions, YWAM, CBN, missionaries, salvation, miracles, ISIS, jihadist, Saul, Damascus, the Glory of God, the face of Jesus, Kamal Saleem, Koome Ministries, the rapture, end of days, 90 Minutes in Heaven, Anne Graham Lotz, the Second Coming of Christ. Greg and John shared in this segment.

Muslims Converting to Christianity Through Dreams and Visions of Jesus 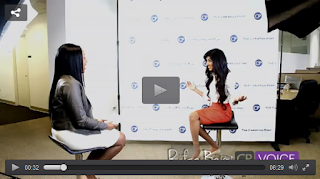 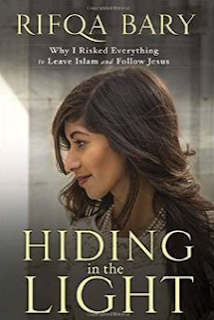 Report: ISIS Fighter Who ‘Enjoyed’ Killing Christians Wants to Follow Jesus After Dreaming of Man in White Who Told Him ‘You Are Killing My People’
‘I Was Terrified’ — Partially Blind Muslim Schoolgirl Who Found Jesus Recalls Risking Her Life to Read the Bible
Hiding in the Light: Why I Risked Everything to Leave Islam and Follow Jesus
Youth With a Mission (YWAM)
Jihad
Dietrich Bonhoeffer
Bonhoeffer: Pastor, Martyr, Prophet, Spy
MeetMyFather.org

All the Nations Around The Throne