LISTEN NOW! David Wilkerson has continually been a powerful voice who was used by God to share about the truths and love of Jesus Christ during his generation. Even after his passing in 2011, his words continue on. These truths ring true when we look at current realities of so many nations and economies throughout the world.

With the steadily dropping price of oil, CNN’s Fareed Zakaria talks about how this commodity is effecting Iran in a Post Nuclear Agreement world. What some may not consider is that the price of oil has not always been at the levels we are witnessing today. Zakaria shares, “Tehran entered the negotiations in the heavy days of sky-high oil prices. As the Iranians are discovering, it’s a whole new world out there.” In 2013, a price of a single barrel of oil remained at about $100. Not so much today. Rewind a little further and Zakaria details just truly how far off Iran’s miscalculations have turned out to be. “In 2010, Iranian officials were predicting, in state run media, that by 2015, Iran’s oil and gas revenue could reach $250 Billion annually. That’s what they were banking on when they were making the concessions at the nuclear table. Last month, Iran’s oil began flowing into the market place with prices under $30 a barrel.” When looking at Iran’s southern neighbor, Iraq, Zakaria quotes New York Times’ Tim Arango, “… in the midst of an expensive war against the Islamic State that is now facing economic calamity brought on by the collapse in the price of oil, which accounts for more than 90 percent of the Iraqi government’s revenue.” 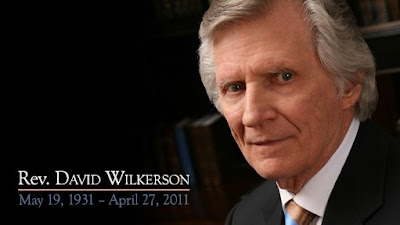 Up until the 1970’s economies were based on gold. When the Gold Standard was removed, our economy then became based on oil. Looking at Germany after World War I brings to light the arduous times of the Weimar Republic.  Germany had to pay back reparations in order to pay back the countries that also fought in the war. Because of the increasing costs, it was decided to simply print more money. As a result, the flood of “more money” simply devalued the “existing money”. Hyperinflation came into effect and money that was given on a Monday, wasn’t worth its value on a Friday. This is what we are seeing today. As more and more people go to their banks and ATM’s to withdraw their own money, we are approaching the days when banks will simply declare a “bank holiday”, closing their doors, and closing the ability for anyone to retrieve their money.
The words from David Wilkerson are shouting at us clearly when today’s events are understood. Wilkerson writes, “It is just about to happen very soon; and I am speaking prophetically. If I’ve ever heard anything from God in my life I heard it! About the nations!” What he shares next could be the startling detail of what is beginning to materialize in the nations of the world today:
Very soon a European or North African or Eastern nation is going to default on its international loan and when that happens within two weeks Mexico is going to default. Mexico owes $100 billion – 80% of it to American banks – and here is what is going to happen: About two weeks after the first country goes bankrupt we are going to survive that because most of that money is owed to European banks; German, Swiss and French banks. The 2nd country that is going to go down probably is Argentina or Brazil and we will kind of live that out and people will settle down and say “Well maybe it’s not going to hurt.” But two weeks after the first country goes down, Mexico is going to default on $100 billion. And When the banks open the next day at 9:00 am in the morning $15 billion an hour is going to be withdrawn from our American banks. They are going to be running to our banks; the Arabs, all the Latin American countries. They are going to be running to our banks – and before the day is over the United States is going to have to declare a bank holiday. And we are going into six months of the worst hell America has ever seen! There is going to be chaos! Not even the National Guard is going to be able to quiet it down. We are going to have to call out the whole United States Army.”
Wilkerson continues this word by also sharing what he was showing in a vision of what was taking place within a Macy’s store.
“Now I’ve had visions recently for I’ve been in New York City and I was in Macy’s in a vision and I saw people walking around stunned because they couldn’t get their money out of the bank. Now I’m going to give you a word of advice. The first country that goes bankrupt, and I’ve documented this and I’ve got it sealed in an envelope and I’m going to call all my friends and I’m telling you – this is the first time I’ve said it in a public meeting like this – but the first country that bellies up you get every dime you have – church get your money out of the bank because you’ve got two weeks because there’s going to be a bank holiday and you won’t be able to get a dime for six months. Now of course, there is going to be order restored, but the nation will never be like it is again. There is going to be fear like we’ve never known. Judgment is at the door!
“When I was at Macy’s department store in a vision and I watched people walking around stunned. They didn’t even know what to do. They didn’t know what was happening. Then a bunch of young people walked into Macy’s and suddenly went wild and began to steal. Within an hour everybody, I saw their spirit, everybody in that store and they were robbing and stealing. They raped Macy’s and destroyed all five floors of Macy’s. It was raped and ruined in a period of an hour or two. That is just the beginning.”

These are the moments that we must heed what the Lord is saying to the Church. Imagine a society that has been told the banks have declared a “bank holiday” that will last for 6 months. This word also lines up with prophetic words that have been shared by John Paul Jackson. Today is the day that we can listen to God’s plan and not our own. Hear the full discussion about what is taking place throughout the economies and nations of the world, the entire prophetic word, how we can respond in wisdom, and so much more. Also shared in this segment: prophecy, martial law, stealing, looting, fear, chaos, dominoes, oil prices, free-fall, Iran Nuclear Agreement, ISIS, Hugo Chavez, Adolf Hitler, Venezuela, hyperinflation, and slavery. Greg and John shared in this segment.