WATCH! We Didn’t Just Get here. Is Islam Being Used to Organize the World?

From the Halls of Montezuma, The Barbary Pirates, to the Shores of Tripoli: We Just Didn’t get Here. Is Islam Being Used to Organize the World?

In the present America, some within America may not know the fullness of our history. Whether incorrectly taught or not taught at all, we don’t know how we got here. When we look at the acts of terrorism that have taken place, the continual changes that have unfolded, in what appears to be on every level in American society, one can only ask, “what is going on!?” In the days of World War I and World War II, America was viewed as an economic superpower in the global picture. Fast forward a few decades and a dramatically different picture occurs. America, once a strong nation, is experiencing defeats of our values in our schools, in our families, in what was the original intent of the nation, and our constitution. Why are these little battles being lost? When we see these things, we have to ask ourselves, what did God say?

The book of Joshua in the Bible accounts the journey of Joshua’s leadership of Israel. After the victory over Jericho, Joshua led Israel to battle a small city named Ai. One would think after the large battle, the small battle would be no comparison. Joshua found himself on his face crying out to God asking why they had experienced defeat at Ai. Joshua 7 accounts the details of what had occurred. Someone in the camp had been unfaithful with what was God’s. God was speaking to Joshua through the events of what occurred. 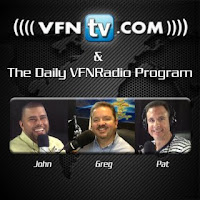 Twenty-one Christians just lost their heads at the evil hands of ISIS. Where did this take place? On the shores of Northern Libya. To be more specific, it was the shores of Tripoli. For those who have served in the United States Marines, this is familiar territory. The shores of Tripoli are not only a portion of the lyrics within the Marine Corps Hymn, it is the soil where America fought one of its first battles under President Thomas Jefferson. What some might not be aware of is that, at that time, President Jefferson was fighting the forces of Islam who had taken American citizens captives as slaves demanding a ransom. Sound familiar? What President Jefferson was told as to why these citizens were taken captive may surprise you, or when taken into consideration of today’s events, it may not. As the church, we have to understand our history. God has spoken to His people repeatedly through occurrences to bring His people back to Himself, and He is doing so again today. Find out why President Obama sent the bust of Winston Churchill back to Great Britain, how and why the U.S. Navy was created, why the beheadings in Tripoli are important to note, to not be focused on terrorism, how these events intricately relate, and so much more. Also shared in this segment: Tripoli, Jericho, Apology Tour, Winston Churchill bust, World War I, World War II, Barbary Coast, U.S. Navy, 9/11, Dinesh Dsouza, Tripoli, ISIS, Islam, Ambassador Chris Stevens, David Barton, Pol Pot, Stalin, Hitler, and history. Greg and John shared in this segment.