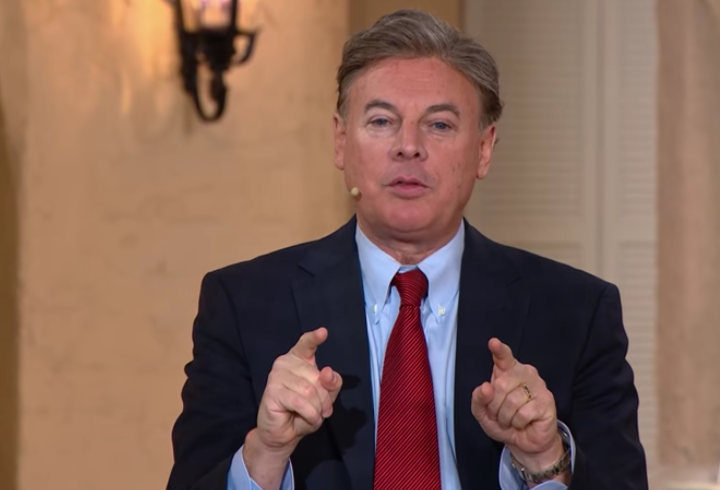 LISTEN NOW! WATCH FULL PROGRAM! As we are only weeks into Donald Trump’s Presidency, we are seeing just about everything imaginable being shaken up. All the mindsets and expectations of how things were perceived, are being challenged. President Trump is simply stirring everything that has been setup within the politics of Washington D.C. These events are very similar to how God raised up Jehu to dismantle and destroy the leadership of Jezebel, as described in 2 Kings 9. Connecting the parallels from Jehu to President Trump, Dr. Lance Wallnau shares how there are not only are their physical effects from the actions of President Trump, but, there are also spiritual effects.

Dr. Lance Wallnau recently shared about President Trump when he was on the Jim Bakker Show. As some have commented with criticism regarding Donald Trump taking office of the Presidency, this doesn’t surprise Wallnau. “Trump is literally an individual raised up like a Cyrus-candidate for the sake of God’s people, Israel and the Church.” Wallnau adds an additional dimension to the understanding of what has taken place when President Trump took office by describing what is now happing in the spiritual realm. “Where we are now is, we are watching the spirit of Jezebel responding to the spirit of Elijah; and the Elijah anointing came on Jehu, who was the governing official who dealt with Jezebel.” He continues to point out, “What Trump did in his inaugural address, he punched the globalist one world movement in the nose.”

It’s important to recognize where America was and where it was heading before President Trump took office. “Trump was risen up as the door was closing, and judgement was coming on America, we were heading down where our economy would have absolutely spiraled out of existence; and God put a mercy visit instead. He put a hard-nosed, prophetic Cyrus, who stands there at the door, and say, “NO”. There is going to be an extension of peace and grace on America…” This lines up with the prophetic word that the Lord gave back in 2016, “The Seat of Evil will Come Down and the Seat of the Righteousness will Rise”!

It is so encouraging to see and recognize the hand of the Lord moving mightily upon our nation and see all that He is doing. Be lifted up and stirred in your faith as you hear the full comments from Dr. Lance Wallnau about President Trump, and so much more. Also shared in this segment: principalities, spiritual warfare, progressives, media, and truth. Greg shared in this segment.
screen capture from youtube.com/The Jim Bakker Show