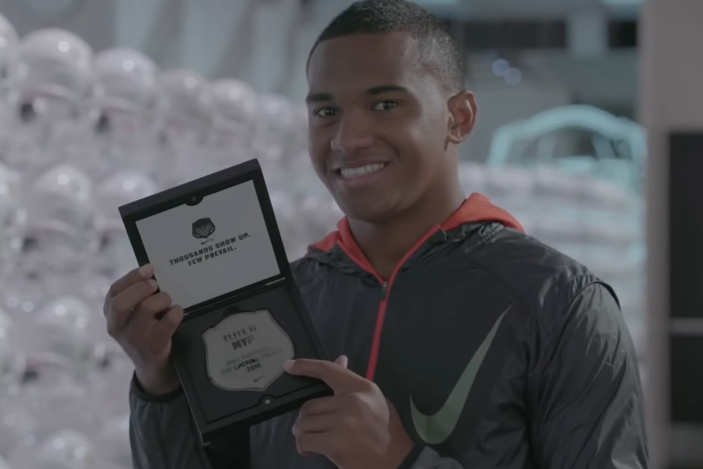 As Alabama may have surprised many with overtaking the Georgia Bulldogs to be the 2018 National Champions, Alabama’s freshman quarterback, Tua Tagovailoa’s journey began a long time before that. He was also turning heads when he competed in Nike’s Elite 11 camp where he competed against some of the top quarterbacks at his level. One of the coaches in the coaching staff took the time to recognize Tagovailoa as MVP, but also to apologize for doubting his skills.

“You’re a heck of a football player. You’re a heck of an athlete. But, I didn’t see the discipline in your game, to be a quarterback. I could not have been more wrong, and I’m so happy I was wrong. Of all the kids I’ve ever coached, I’ve never seen one improve more rapidly than you.”

It is so beautiful to Tagovailoa remain humble amidst the demonstration of such talent and attention. What are your thoughts of Tagovailoa? Share your thoughts of Tagovailoa composing himself at such high levels. Also shared in this segment: athleticism, NCAA, Nike Elite 11 Quarterback Camp, NFL training, University of Alabama,Tua Tagovailoa, and sports. Greg and John shared in this segment.
screen capture from youtube.com/Jordan Strickland

Related Articles
God Rewards those Who Obey Him and Put Him First
MORE and More Professional Athletes Using their Platform to Unashamedly Profess their Commitment to Follow Jesus: NY Mets Curtis Granderson
NBA MVP Steph Curry shares the foundation of his 3-point shot and his relationship with the Lord