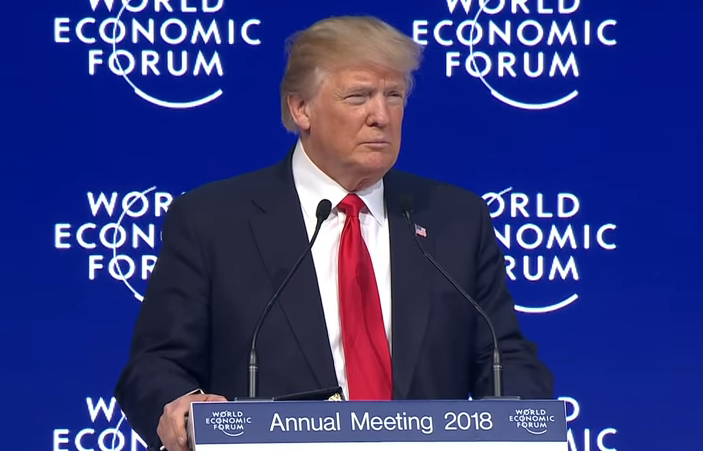 LISTEN NOW! Or WATCH FULL PROGRAM! As we look back at the first year of President Donald Trump’s administration, countless victories, successes, and broken records can be seen. When the President recently spoke at the World Economic Summit in Davos, Switzerland, he touched on an array of these victories. Only moments after the President began he speech, he shared these amazing words; “After years of stagnation, the United States is once again experiencing strong economic growth. The stock market is smashing one record after another and has added more than $7 trillion in new wealth since my election.”

Considering it takes output and growth in businesses throughout the nation for our economy to grow, the President also highlighted on the number of jobs that were created in the first year of his Administration. “Since my election, we’ve created 2.4 million jobs, and that number is going up very, very substantially. Small-business optimism is at an all-time high. New unemployment claims are near the lowest we’ve seen in almost half a century.” The President continues to address how unemployment for both African Americans and Hispanics are at the lowest levels that they have ever been.

Businesses around the world are taking note of the tremendous growth that is currently happening within the nation of America. Considering the extensive business history that President Trump has, he understands that taxes massively affect how businesses carry out their day-to-day operations, and what they can do. “We’ve massively cut taxes for the middle class and small businesses to let working families keep more of their hard-earned money. We lowered our corporate tax rate from 35 percent, all the way down to 21 percent.”

This is such a mighty thing that the Lord is doing. It is always important to remember that no government is doing this. This is all be carried out by the Hand of the Lord. See the full speech from the President, the many successes and victories that have been accomplished in this first year, and so much more. Also shared in this segment: prophetic dreams, visions, unemployment, tax cuts, the average household income, income raises, World Economic Forum, President Donald Trump, The Trump Administration, blessings, and hope. Greg and John shared in this segment.