Americans are Dreamers too; President Trump’s Vision for America, State of the Union Address 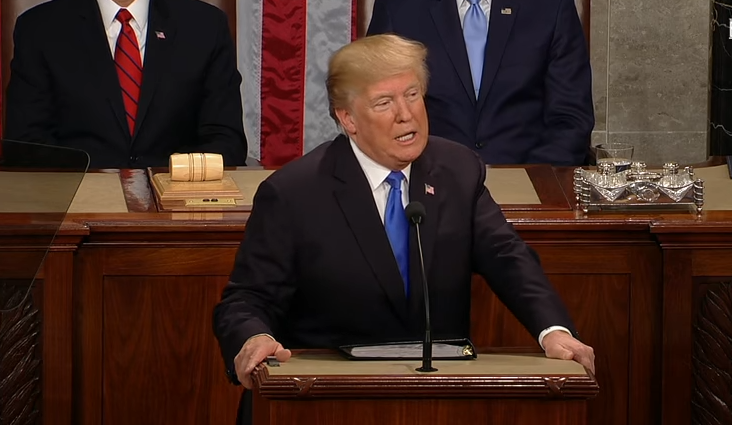 LISTEN NOW! Or WATCH FULL PROGRAM!
As God has called us each to walk in the areas of our lives that He has positioned us, it is important that we have vision set over these areas. It is so important to set vision over our families, over our businesses, and even ourselves. The same goes for our nation. When we elect a new President, we expect him to cast vision for our nation. So many call the ‘State of the Union’ a speech, but it is so much more than that. It is casting vision. In our previous administration, people were casting off restraint, living as if there was no direction. That is because no vision was being cast. When we look at the State of the Union with this perspective in mind, we can see what was recently shared by President Trump was a clear vision for our nation.
President Trump begins his words by casting the clear understanding of where America is. “Let’s begin tonight by recognizing that the state of our Union is strong!” Considering how much of an impact small businesses have upon our economy, the President addresses the optimism within this area. “Small Business confidence is at an all-time high.” Considering that our economy is greatly affected on confidence, the President describes the tremendous growth within the Stock Market. “The Stock Market has smashed one record after another.”
How long have we heard our elected leaders complaining about the broken tax system in America? Those days are over. “In April, this will be the last time you will ever file under the old and very broken system; and millions of Americans will have more take home pay starting next month.” In addition, the core structure of Obamacare has been ended.
It matters how America is portrayed and responded to in the eyes of other nations in the world. Since the beginning of President Trump’s Administration, he has met with countless world leaders and addressed the failing agreements of past trade negotiations. “The era of economic surrender is totally over. From now on, we expect trading relationships to be fair, and very importantly, reciprocal.” Equality is not just expected in the realm of business negotiations; the President also shares the importance of understanding that all Americans are equal in their visions for their own prosperity. “Americans are dreamers too.”
How do you feel about President Trump’s State of the Union? It is time for us to speak out words that agree with our President’s vision over America. Be encouraged as you see the full vision that President Trump has cast over America, his comments on infrastructure, and so much more. Also shared in this segment: MS-13 gangs, immigration loop holes, sequester of American military, Department of Defense, Guantanamo Bay, vision, President Trump, The Trump Administration, North Korea, Nuclear weapons, Otto Warmbier, hope, border patrol, and prosperity. Greg and John shared in this segment.
screen capture from youtube.com/The White House
Related Content
President Trump 2018 State of the Union Address
iAbide.org
Emmaus Road Discipleship
VFN Kingdom Business
Subscribe to our YouTube Channel
Follow us on Twitter
Partner with VFNKB
Related Articles
Pray for our President of the U.S.A., President Donald Trump
Power Of Vision Propels All Aspects Of Life
VISION “A Life (Process) Survival Skill”
Department of DefenseGuantanamo Bayhopeimmigration loop holesMS-13 gangsNorth Koreanuclear weaponsOtto WarmbierPresident Trumpsequester of American militaryThe Trump Administrationvision
0
FacebookTwitterPinterestEmail

Those Saved in the Last 100 Years Can Be Traced Back...

IT WAS LIKE AN EXPLOSION! The Jesus Revolution! Part 7

The Vital Role and Impact of Family and Faith in Their...