SUPER BOWL CHAMPS: FOLES, ERTZ, & PEDERSON, GIVE ALL GLORY TO JESUS, as their personal Lord and Savior 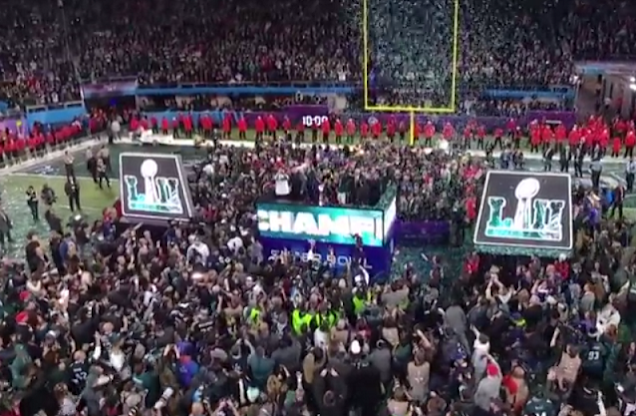 LISTEN NOW! Or WATCH FULL PROGRAM!
Depending on who you cheered for in this year’s Super Bowl, some may still be cheering the victory of the Philadelphia Eagles being the Super Bowl champs. What some may not be aware of, is that the Lord has prophetically revealed that this is the Year of the Eagle. As we consider all that the Lord has prophetically revealed about eagles, and how He uses them, it is no surprise that the Philadelphia Eagles have won this year’s Super Bowl, Super Bowl LII. 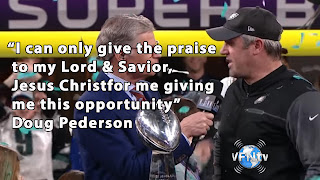 For those who watched the game, it was a fantastic duel from start to finish. Moments after the Eagles achieved victory over the Patriots, Philadelphia’s Head Coach, Doug Pederson, gave credit where credit was due. When asked about how Pederson achieved such a notable feat, he shared, ‘I can only give the praise to my Lord and Savior, Jesus Christ for giving me this opportunity.’ 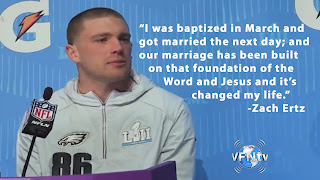 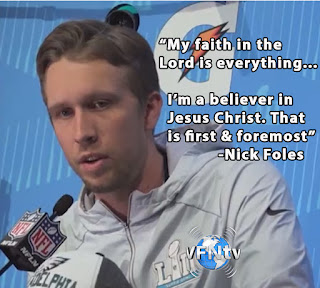 Maybe you are called to impact the Arts & Entertainment Mountain just as these athletes are doing. We want to empower you and equip you to reach out where the Lord has called you to do so. See the full conversation about how these athletes share how the Lord is strength in their lives, and so much more. Also shared in this segment: Super Bowl LII, Super Bowl 52, Super Bowl Champions Philadelphia Eagles, Doug Pederson, NFL, CBN Sports, Zach Ertz, Nick Foles, encouragement, hope, testimony, Holy Spirit, baptism, and faith. Greg and John shared in this segment. screen capture from youtube.com/NFL
Related Content
Philadelphia Eagles Head Coach Doug Pederson
Philadelphia Eagles Quarterback Nick Foles
Philadelphia Eagles Tight End Zach Ertz
Super Bowl LII
iAbide.org
Emmaus Road Discipleship
VFN Kingdom Business
Subscribe to our YouTube Channel
Follow us on Twitter
Partner with VFNKB
Related Articles
Are You Ready To Be A CHAMPion for God?
God Rewards those Who Obey Him and Put Him First
Tim Tebow working Hard and Trusting God with NFL future Return Tim Tebow FORBES Most Influential 2013 NFL Player
baptismCBN SportsDoug PedersonencouragementHoly SpirithopeNFLNick FolesSuper Bowl 52Super Bowl Champions Philadelphia EaglesSuper Bowl LIItestimonyZach Ertz
0
FacebookTwitterPinterestEmail