What’s Bad is Getting Worse, Iran’s Influence in the Region-P.M. Netanyahu AIPAC 2018 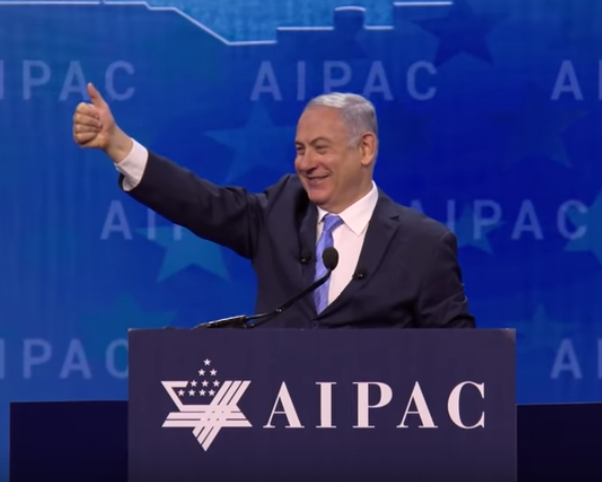 LISTEN NOW or WATCH FULL PROGRAM!
Prime Minister Benjamin Netanyahu shares about the dark times that are coming over Israel. The good news is very good, and the bad news is that bad things are getting worse, and they are very bad. The force behind so much that is bad is Iran. When P.M. Netanyahu spoke last at AIPAC, he warned the world about a nuclear deal that was a threat to the survival of Israel.  He warned that Iran’s regime had repeatedly lied to the international community and that it could not be trusted. He also warned that the deal gives Iran a clear path towards developing a nuclear arsenal in little more than a decade. By removing Iran’s sanctions, Iran’s regime would not become more moderate and peaceful but more extreme, belligerent, and much more dangerous. Darkness is descending on the region. Iran is building an aggressive empire: Iran, Iraq, Syria, Lebanon, Gaza, Yemen and more to come. Now Iran is seeking to build permanent military bases in Syria, to be able to attack Israel from a closer hand. He says Iran will be stopped! Like in the times of Esther the plan to kill all Jews failed and it will also fail now. President Trump has made it clear that his administration will not accept Iran’s aggression in the region. President Trump has made it clear that he too will never accept a nuclear-armed Iran. Through this, we should always remember the brave people of Iran. People are imprisoned, tortured and shot for standing for freedom. Israel stands with those who stand for freedom. Israel remains committed to peace with all middle east countries and to get peace, the government will need to embrace peace and stop terrorism. Zero tolerance for terror in Israel!
Zechariah 12:3 says, “On that day, when all the nations of the earth are gathered against her, I will make Jerusalem an immovable rock for all the nations. All who try to move it will injure themselves.” God is dividing those who DON’T stand for God and those who DO stand for God and Israel. You can decide to support your government and support Israel. Most of all it is about honoring God and what He has said for us to do which is to “Pray for the peace of Jerusalem “May those who love you be secure. May there be peace within your walls and security within your citadels.”Psalm 122:6-7. Please share with us what you think about this. Also shared in this segment: President Hamas, Hijab, President Trump. Greg and John shared in this segment.
screenshot from youtube