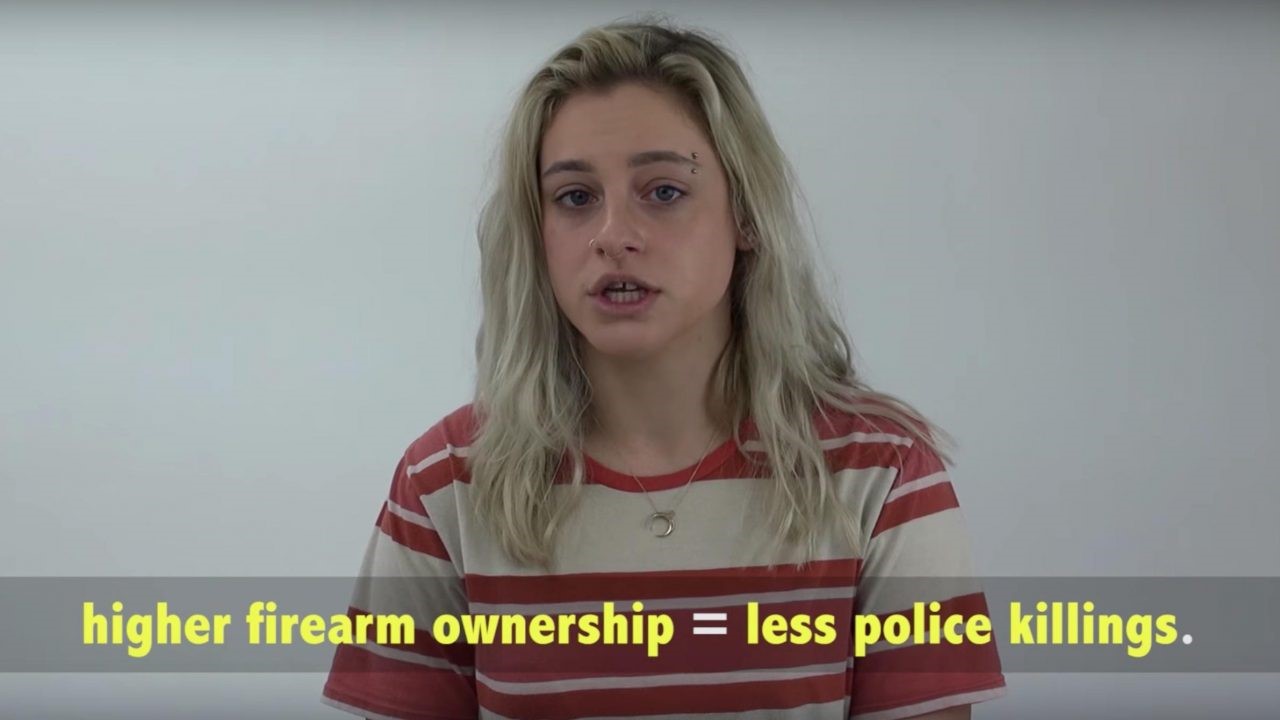 The facts about guns are revealed in this segment, and it is so powerful as we hear and read these truths! Actors are asked to read the Center for Disease Control, CDC, TRUTH about gun violence in America, and we are shocked to find out, they believed the posers who were lying to Americans about the facts around gun violence in America.  The truth is, the posers are after the ENTIRE Second Amendment, NO GUNS IN AMERICA! If there is no Second Amendment, that means there is no First Amendment which means no Freedom of Religion or Speech; we can’t allow the posers to steal America’s freedom!

The judiciary, executive, and legislative branch all come from the U.S. Constitution, and it is how everything functions. How the Constitution keeps peace in America makes it a very precious document. The First Amendment, “Congress shall make no law respecting an establishment of religion or prohibiting the free exercise thereof; or abridging the freedom of speech, or of the press; or the right of the people peaceably to assemble, and to petition the Government for a redress of grievances.” If we don’t have the second amendment, we don’t have the first amendment. You should be able to speak your mind, that is a First Amendment right, and we have the Second Amendment to hold the First Amendment in place. The Second Amendment, “A well-regulated Militia, being necessary to the security of a free State, the right of the people to keep and bear Arms, shall not be infringed.” There are over three hundred million guns in America which is not wrong; it is wrong when evil things are done with what we have.

What are the facts? The Center for Disease Control, CDC, invited in some actors and had them read from a teleprompter the facts about guns. As these actors read these facts they are in shock! “I just kind of blindly chose a side on the whole issue without really thinking about facts,” one of the actors said after reading the facts. “It’s interesting to actually take the time and see what the facts say as opposed to what I personally feel,” that actor added. “I mean, I’m gonna be honest. For me, I don’t really, like, go to the main news sources ‘cause a lot of it’s always… pushed by an agenda, you know what I mean? So, to get the real facts, you always have to do more research,” another said. “I mean, it definitely makes me want to do more research about everything that’s happening right now with gun violence,” one actress added. Another actor said, “Gun control does not really mean crime control”.

Facts are facts! These facts are reported by the CDC and are some of the facts the actors read.

·         “There is a clear correlation between higher firearm ownership and reducing police killings.”

·         “Switzerland, a nation of about 8 million, is armed with an estimated 2 million guns in circulation with limited gun legislation. Switzerland’s overall gun homicide rate is practically zero.”

This whole plan is not about the type of gun, but it is about doing away with our Second Amendment. The fact is we are free, and we determine who goes to Washington, D.C. with our votes! But our rights come from God not government. We want to hear from you and what you think about this. Also shared in this segment: Statistics, NEA, Marches, Politics, Freedom. Greg and John shared in this segment.