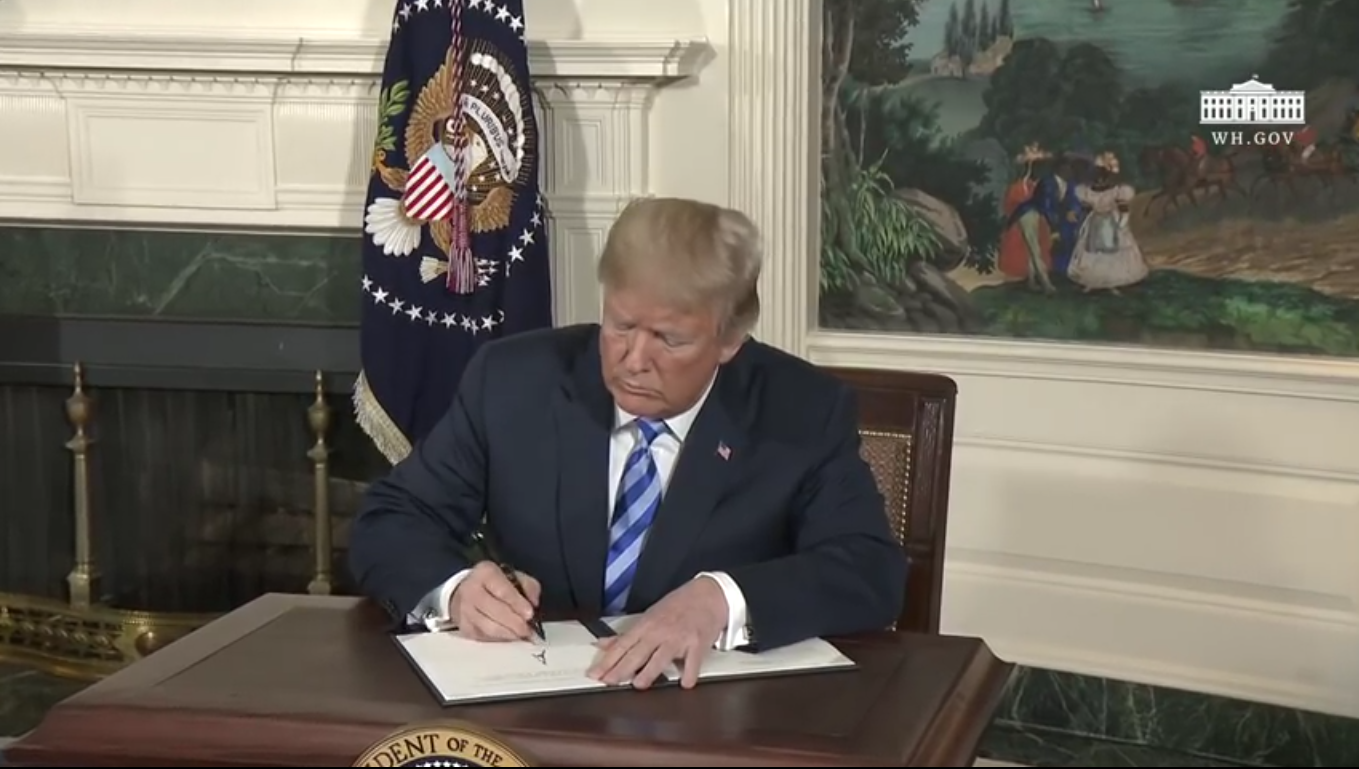 President Donald Trump shares his remarks at The White House, on the bad Iran nuclear deal. He explains that this bad deal allowed Iran to keep enriching uranium and to reach the brink of a nuclear breakout. It lifted sanctions on Iran in exchange for weak limits on the regimes nuclear activity. There is definitive proof that this deal was a lie. A report was received from Israel showing proof that this was a one-sided deal. Since July 2015 , when this international agreement was made, Iran’s military budget has grown almost by 40% while the economy is failing. Iran used its new funds to build nuclear-capable missiles, support terrorism and cause havoc in the Middle East and beyond. This regime could be on the verge of a nuclear breakout.

Since the bad Iran nuclear deal, Iran’s bloody ambitions have only grown worse. President Trump has made it clear from the beginning that if this bad deal could not be corrected, then he would not allow America to be a part of the deal any longer. He declares that Iran must never acquire a nuclear weapon, the Iran deal is defective at its core, and if we do nothing, we know exactly what will happen. The world’s leading state sponsor of terror will be on the verge of acquiring the world’s most dangerous weapons. “Therefore, I am announcing today that the United States will withdraw from the Iran Nuclear Deal.” President Trump signed a bill reinstating the U.S. nuclear sanctions on the Iranian Regime. He says it is the highest level of economic sanction and any nation that helps Iran’s request for nuclear weapons may also be sanctioned. He continues, “The United States no longer makes empty threats when I make promises I keep them.” America will be working with our allies to find a solution to eliminate the threat of this weapon program and terrorist activity worldwide. Powerful sanctions are going into full effect. To the people of Iran, President Trump extends empathy and says the people of America stand with them. It is recognized that they are taken hostage by their government. “The future of Iran belongs to its people… they deserve a nation that does justice to their dreams, honor to their history, and glory to God.”  Regarding a new deal with Iran, he says that “he is ready, willing and able. There has been enough suffering death and destruction, let it end now.”