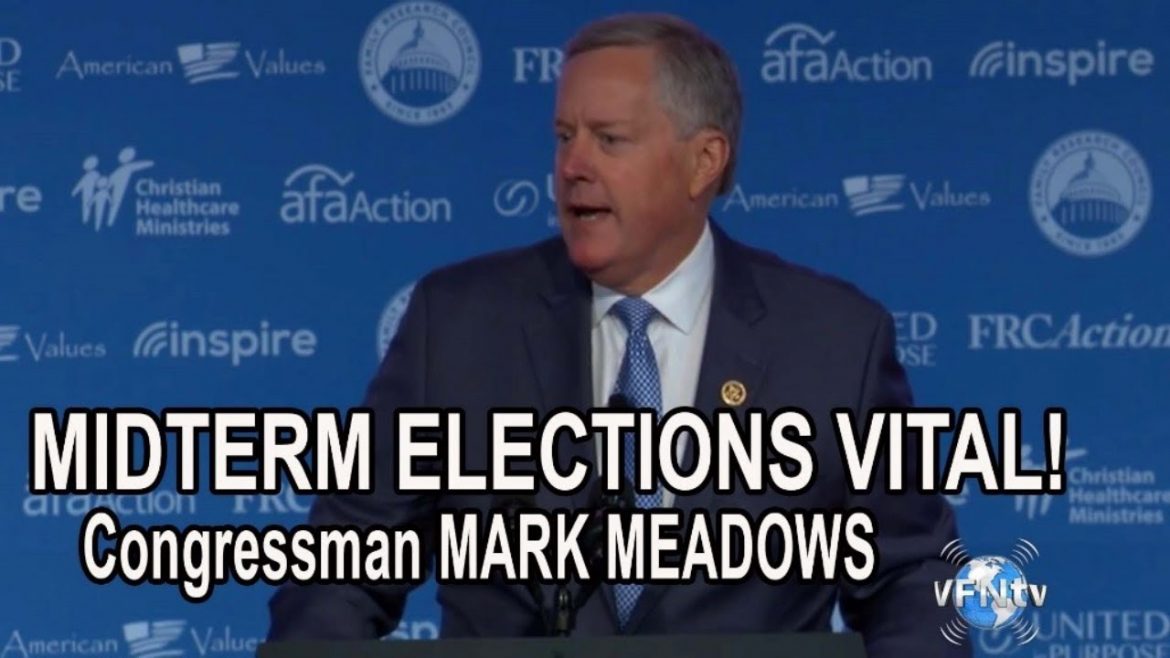 There is nothing like someone that will stand up for God in our country! The Values Voter Summit helps Americans to align with the values of what America stands for and was founded upon. Congressman Mark Meadows spoke at the Values Voter Summit 2018 and shares how important the mid-term elections are to continue the great progress we have in America.

“But I’m here to tell you that if we do not continue to stay engaged, the very first thing that a House of Representatives, that if it has a Speaker Nancy Pelosi will do will be, impeach this president. So, it is important that we show up again on November 6th. It is important that we stay engaged because the progress that this president has made is remarkable. Now, you’ve heard about some of the things already, but I can tell you early on I was concerned that some of those campaign promises weren’t going to be kept. And the president told me, he says, Mark, I want to tell you, when I was there advocating on behalf of moving the embassy from Tel Aviv to Jerusalem, not only was he going to do it, he would do it quickly, and indeed he has. And that’s the kind of president, a promise-keeping president, we have. But it’s even in the small things. For three years I’ve been saying the Palestinians haven’t been willing to negotiate in a good manner in terms of actually having peace in the Middle East, and I felt like that it was deplorable. I thought it was deplorable that we would have a PLO office here in Washington, D.C. And it took this president to say enough is enough and let’s close it down. And that’s how serious he is. But perhaps you’ve seen in recent days – in fact, just yesterday – the headlines come out that Rod Rosenstein talked about actually wearing a wire and going into the Oval Office to secretly record this president. I think the time is now that we need to hold those at DOJ and FBI accountable. The time – it’s past time, and it is time that we hold them accountable. Yes, without a doubt, it is time. It is time. So, I think Rod needs to come before Congress this week and explain under oath what exactly he said and what he didn’t say. I think it’s time. Now, we can be concerned about comments about wearing a wire that weren’t deployed that they’re talking about, but I can tell you I’m more concerned about wires that were deployed that they’re not talking about when they’re spying on a Trump campaign. It is time that they come clean on that. We need to declassify the documents and make sure the American people can see for themselves. It is time. It is time.

“So, I want you to stay engaged. I want you to once again applaud this president for being proud of who we are. When you have a pastor, Andrew Brunson from my state, my area – from Buncombe County – who has been held hostage over in Turkey, it’s gratifying to know that I’ve got a president that not only will talk the talk, but walk the walk and stand up on behalf of religious freedom. It is key.”

It is exciting to see Congressman Meadows stand up for our country! You can find out more about the candidates running in your state here and see what their values are. Get out and vote! We want to hear from you; you can write to us at friends@greglancaster.org. Greg and John shared in this segment.