WATCH! Real Talk: American Citizenship, Legal and Illegal Immigration and the Importance of Protecting our Borders 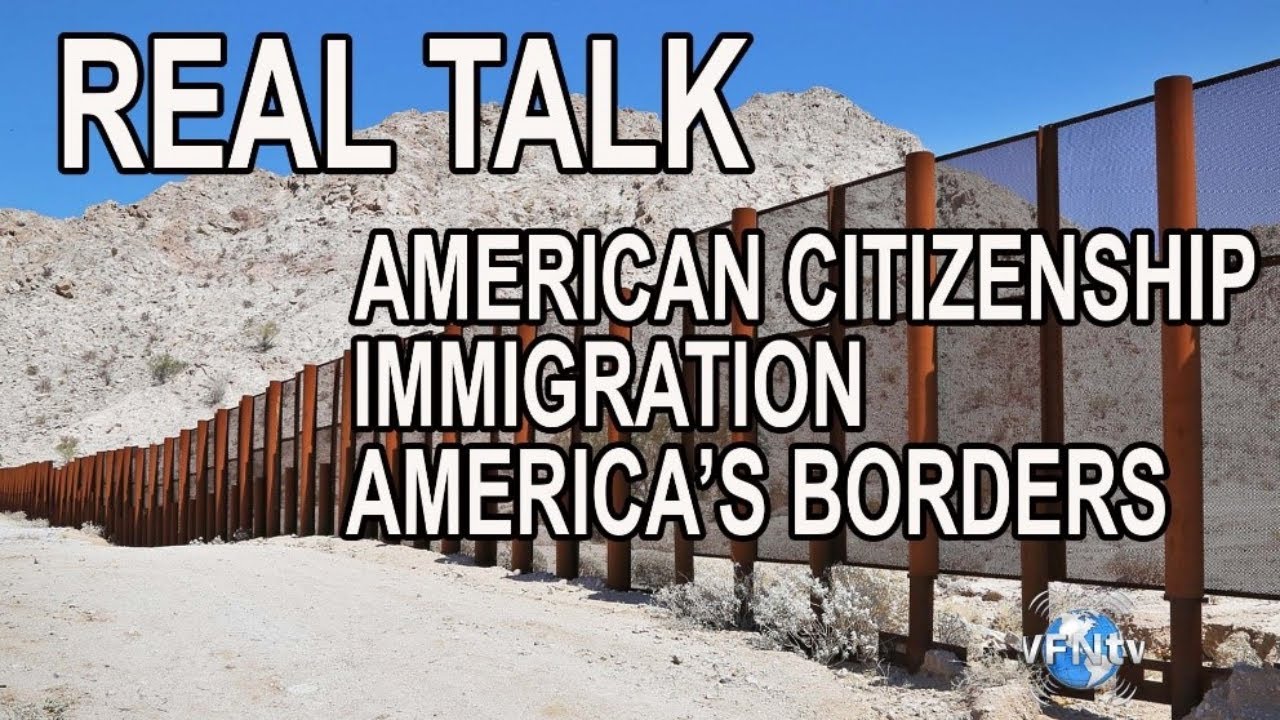 Real Talk: American Citizenship, Legal and Illegal Immigration and the Importance of Protecting our Borders

When you think about the start of America, besides the Native Americans that already lived here, most of the citizens are immigrants! America is very welcoming to immigrants that want to come and become a citizen legally. Due to the need for protecting our nation, it is imperative that all immigrants enter our nation legally! We hear from a few new citizens of America who share the importance of going through the citizenship process and becoming a legal citizen.

Our founding fathers came together and wrote the Declaration of Independence because the immigrants who were now colonists did not want to be under British leadership anymore but wanted to live in freedom in this newly discovered nation. In the Declaration of Independence, they wrote 27 reasons as to why they wanted to be free. Because they wanted freedom, it resulted in the American Revolutionary War, which many fought and died for the freedom that resulted from this war.

Several new citizens of America share their experience with us as they have entered America legally. Vanessa Ulloa, originally from El Salvador shares the process of becoming a citizen. “You need to know how to write and speak English, make sure you know and understand that language. We went over the history and what the past was about.” She came to America for the job opportunities because she wants to become a vet and her mother wanted her to get away from the gangs that are in her home country.

Mamam Jalloh, originally from Sierra Leone, shares about her experience. “I am ready to defend the country and the Constitution. I like to become a citizen of America because of the opportunities they have and because of the freedom. Freedom of everything. America is the best country. I feel it is unfair for the people that come in here illegally. I think that everybody that comes to the United States they should go through all the process and come here legally.” It is great to see people who are grateful to be a citizen of America!

Michelle Malkin, with PragerU, speaks more about America being a nation of immigrants. Michelle speaks the truth about immigration and how America does allow people to become citizens, legally. “The United States still maintains the most generous immigration policies in the world, generous to a fault, because the overwhelming numbers have stymied our ability to assimilate the huddled masses. 50 million residents are foreign-born. In fact, today the United States has more immigrants as a percentage of its population than at any time since 1890.”

She gives an example of how many immigrants that are here: in the New York City school systems there are 176 different languages spoken among the students. Michelle answers the question; how did we get here? “America grants permanent residence to a million people every single year.” She continues with speaking about chain migration which is another way people are eligible to become a citizen. It allows citizens to sponsor not only their immediate family but also their extended family.

Princeton University did a recent study and found that immigrants sponsor an average of 3.45 additional relatives each. “So, the one million residents granted permanent residence each year potentially adds over time, another three and a half million.”

America allows 100,000 people a year to seek asylum and from 2008-2017 green cards were given to over a million people for humanitarian reasons which allowed them to live and work here permanently. Also, during this time frame close to 500,000 people came into America through the Diversity Visa Lottery. “This non-stop flow of new legal immigrants based on family ties instead of skills, abilities, and allegiance to American values, has of course been supplemented by many who enter illegally and stay illegally.”

The official U.S Government term for an “undocumented” citizen is Illegal Alien: an unlawful entrant who came without permission and stays in open defiance of our laws. “The number given for the amount of illegal aliens is usually given as 11 million but have you noticed that number never seems to change? Common sense suggests it’s higher, much higher…building a high-tech border barrier would certainly help stem this flow. Ending chain migration is another obvious remedy…all solutions will ultimately fail unless we get control of the numbers and enforce our laws consistently…this is our home, we have not only the right but the responsibility to determine who comes in, how many come in and what qualities and qualifications they bring…it’s not hateful to protect our borders, it’s not hateful to protect our citizens, it’s not hateful to protect our values.”

President Donald Trump says that “For America to be a strong nation, we must have strong borders.” We are thankful for the border patrol that protects Americans, and we are also thankful for President Trump working to protect our borders because the chief responsibility for the President of the United States is to protect our borders. It is better to come to America legally, and there are many ways that can be done. It is better to come the right way so that you know that you can stay. Of course, as the Church, there are no borders on love, we should always be concerned for everyone in the world. We want to hear from you! You can write to us at friends@greglancaster.org. Greg and John shared in this segment.