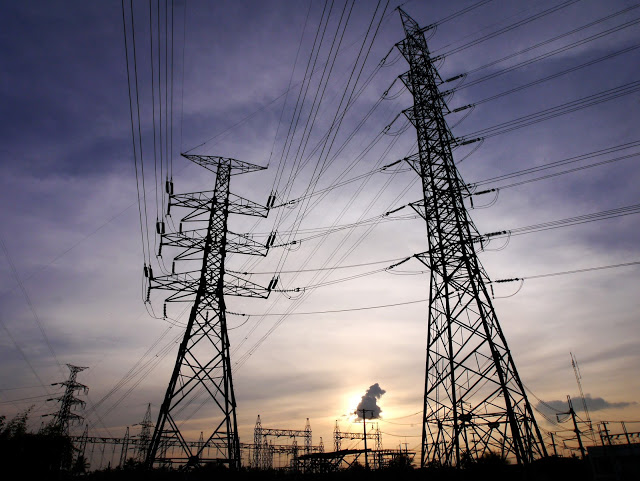 LISTEN NOW!(Or WATCH FULL PROGRAM!) When many think of attacks on our nation, people think of physical attacks with weapons and bombs. But what if an entire nation can nearly be wiped out without a single shot being fired? When we begin to look at the fragile state of our power and electrical grid, we begin to see the many dangers that are possible and the effectiveness that an EMP (Electro Magnetic Pulse) Bomb would have if detonated over America.

When the Blaze’s ‘For the Record’ Released a short explanation of an EMP and the threats it imposes, the dangers are quickly understood. We may not presently understand just how dependent upon technology we have become; but when we no longer have technology, we quickly understand. “No electricity for a year or more. Computers and other electronics destroyed. Planes falling out of the sky. No clean water. No food. Pandemics. As many as 300 million Americans dead in a year.” These are the crippling effects of an EMP Bomb. William Forstchen describes how an Electromagnetic Pulse works. “It is generated by detonating a small, actually low-yield, fission bomb approximately 200 – 250 miles above the Earth’s atmosphere.” In effect, a static discharge then descends upon the surface of the Earth completely wiping out every imaginable form of electronic device. “It can blow out the entire power grid of the United States in one second.” If the entire grid of the United States goes down, it would be down for at least an entire year.
So, what exactly does this mean? Forstchen continues to describe the devastating effects this would cause. “No water supply. Refrigeration is gone. A vast majority of cars would be short circuited off, particularly any cars made after 1990. You lose transportation. You lose command and control.” In many cities, groceries stores are entirely dependent upon delivery trucks each day. Without transportation, food supplies stop. Forstchen then asks this troubling question. “When we get 20-25 days into such an event, when everybody is out of food, how many people would be willing to kill for a McDonald’s hamburger; Especially if their child is starving?” Continue the effects, and drinkable water is completely gone, as is the ability to filter or sanitize water. It is these dire circumstances that will bring out horrifying realities in culture. Desperate and afraid people do dangerous things.
Without law and order, absolute chaos ensues in cities across America. This is why the men and women of law enforcement are so vitally important. They keep law and order in place. After Hurricane Katrina, it was only a matter of days until all sense of humanity was seemingly lost. CBS Sunday Morning sat down with journalist Ted Koppel to discuss the potential dangers and effects of an attack on America’s Power Grid. In fact, he detailed his own detailed study of the matter in his book, Lights Out: A Cyberattack, A Nation Unprepared, Surviving the Aftermath. When Koppel was asked about the potential attackers that would carry out this type of attack on America’s power grid, whether it be Russia, China, Iran, or terrorists, Koppel has this to say in reply. “All those…The ones who are most capable are the ones least likely to do it.” The shocking reality is that these potential threats already have access to our grid.
When Koppel was made aware of the impending threat, it caused him to contact every agency he could consider, Red Cross, FEMA, etc. in order to get some type of direction as to the plan of the best preparation. When he sat down with former Secretary of Homeland Security, Jeh Johnson, his response wasn’t exactly encouraging. “I kept asking, ‘what’s the plan’. Why wait until disaster strikes? Do you have a plan?’ And he just sort of pointed up at a shelf with white binders and he said, ‘Look, I’m sure there is something up there somewhere.’” Koppel is not the only voice sounding the alarm on this issue. Senator Harry Reid describes the matter as a “Cyber Pearl Harbor”.
With the rising potential threats of a possible war with North Korea, the increasing urgency of the matter cannot be understated. When Rick Joyner was recently on the Jim Bakker Show, he described startling information of how North Korea already has equipment in place that could be used to carry out an attack of this magnitude. “North Korea has two satellites flying over us every day.” As Joyner continues, “They could be carrying what could be used as an EMP.” In addition, Joyner explains that it doesn’t take a lot for this threat to become a reality. “You only need a low-yield nuclear device. At those altitudes, would wipe out the electrical grid of the U.S.” The devastating effects currently being felt in Houston Texas, and all throughout Florida is incomparable to what an EMP Bomb would do to the entire United States. “All they have to do is put an EMP 200 miles over Kansas and the whole country is wiped out.”
We are not to be overcome with dread or with fear because of this, but to recognize the voice of the Lord and His warnings to us regarding these potential threats. When we see and hear the full context of these prophetic warnings, we can take the time today to make sure that we are physically prepared, but that we are also prepared in our hearts spiritually before the Lord. Take the time and be informed so that you can help yourself, as well as others in this critical hour, and so much more. Also shared in this segment: The Blaze, Hurricane Sandy, Hurricane Harvey, Hurricane Katrina, Hurricane Irma, Electromagnetic Pulse, crisis, pandemics, food shortages, water shortages, the American Power Grid, Ted Koppel, Lights Out, 90 days supply, FEMA, The Red Cross, freeze dried food, cyber-attacks, Dumitru Duduman, Russia, North Korea, and Kansas. Greg and John shared in this segment. See original article HERE.

Related Content
‘For the Record’: Understanding the Threat of EMP
Can cyber-hackers shut down the power grid?
Lights Out: A Cyberattack, A Nation Unprepared, Surviving the Aftermath by Ted Koppel
Threats to America – Rick Joyner on The Jim Bakker Show
iAbide.org
Emmaus Road Discipleship
VFN Kingdom Business
Subscribe to our YouTube Channel
Follow us on Twitter
Partner with VFNtv
Related Articles
Pray for our President of the U.S.A., President Donald Trump
Power Grid Infiltrated by Terrorist? Total Black Out? Tedd Koppel – “Lights Out: A Cyberattack, A Nation Unprepared, Surviving the Aftermath”
America’s Power Grid has been Infiltrated 12 Times in Ten Years: If the Power Grid Goes Down 17 Critical Infrastructure Sectors go down Without power
America: VULNERABLE on Every Front: Only Hope is Turn to God
PROPHECY! Is America Going to War with North Korea?- The Untold Horrific, Barbaric, and Inhumane Treatment of All People in N. Korea especially Christians
Pastor Greg Laurie; End Times and North Korea
Prophecy: North Korea Planning Nuclear Attack on the U.S?
“The Doom of America is sealed” says North Korea’s Kim Jong-Un, “if Military Exercise with South Korea Simulating Collapse is completed.”
North Korea’s Kim Jong Un, Executes 80 People for Videos and Bibles
Russia, China, Syria, and Reports are that Russian Subs potentially eyeing cutting Data Cables in the Sea
What does it Look Like for the Seat of the Righteous to Rise and the Seat of Evil to Fall? The Mother of All Bombs and Tomahawk Missiles?
Prophesy: Four Phase Dream Given to 12 Year Old and the Interpretation God gave him from the Book of Revelation
#VFNtv    C1R2I3S4I5S6
America’s power gridcyber-attackNorth Korea
0 FacebookTwitterPinterestEmail