Home 7 Mountains of CultureFaith Mountain Are You being a Watchman? Isis in the Heartland of America?
Faith MountainGovernment MountainProphecyProphetic Words from Oct 2016 and OlderRadical IslamRadical Islam in America

Are You being a Watchman? Isis in the Heartland of America?

LISTEN NOW! or WATCH FULL PROGRAM! CBN reports some of the happenings that are taking place in the United States, specifically Minnesota. According to CBN, “there are growing numbers of young Muslims that are from Minneapolis and St. Paul who have answered the call of Jihad.” Bob Fletcher, former Sheriff over Ramsey County, Minnesota, shares insight into the needed path that some individuals are undergoing when they are recruited into terrorist organizations: funds, credit cards, drivers, etc. CBN states that “as many as 3,000 Western passport holders are fighting for the Islamic State.” Obama Administration Officials says ‘at least 100 U.S. citizens have traveled to Syria to join terror groups.’ What is a Biblical perspective of this? There have been 2 prophetic dreams in the past that bring context to these realities. Both of these dreams mirror the realities of events coming to each individual’s home. “The day of reckoning has come.” Dumitru Duduman has also previously shared a prophetic word telling how significant events will take place in the heartland of America. These events will bring all resources to the center of the United States. Life is fragile. In mere moments, devastation can happen, changing lives forever. Hurricane Ivan caused $1.8 billion dollars’ worth of damage and came and went in 22 days. The $3.3 billion catastrophic events of 9/11 only lasted 18 minutes. God destroyed everything on the Earth, with the exception of Noah’s family, in merely 40 days. As the church, we must be the watchman that warns those that God has placed around us and those that God has placed us amongst. We will have to answer for what we said and what we did not say. Find out the reality if you are a watchman, if you are not, what to do about it, and so much more. Also shared in this segment: CBN, radical Islam, watchman, Canada, terrorism, Through the Fire, Dumitru Duduman, Rick Joyner, ISIS, David Wilkerson, Joplin, MO, and repentance. Greg, Pat and Steve shared in this segment.
Courtesy of momente/shutterstock.com

ISIS in America: Radicalized in the Heartland 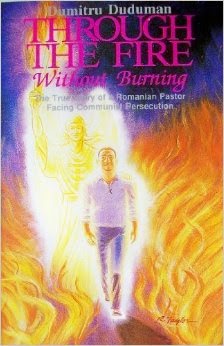 God Clearly Seen, Ezekiel’s Call as Watchman, When I Send a Plague, The Flood