Home Highlights PROPHECY: Despite America’s Present Current Dark Reality, “ALL OF AMERICA WILL BE ABLAZE WITH THE GLORY OF GOD, before the Lord returns,” Dr. Yongi Cho
HighlightsHoly SpiritProphecy

PROPHECY: Despite America’s Present Current Dark Reality, “ALL OF AMERICA WILL BE ABLAZE WITH THE GLORY OF GOD, before the Lord returns,” Dr. Yongi Cho 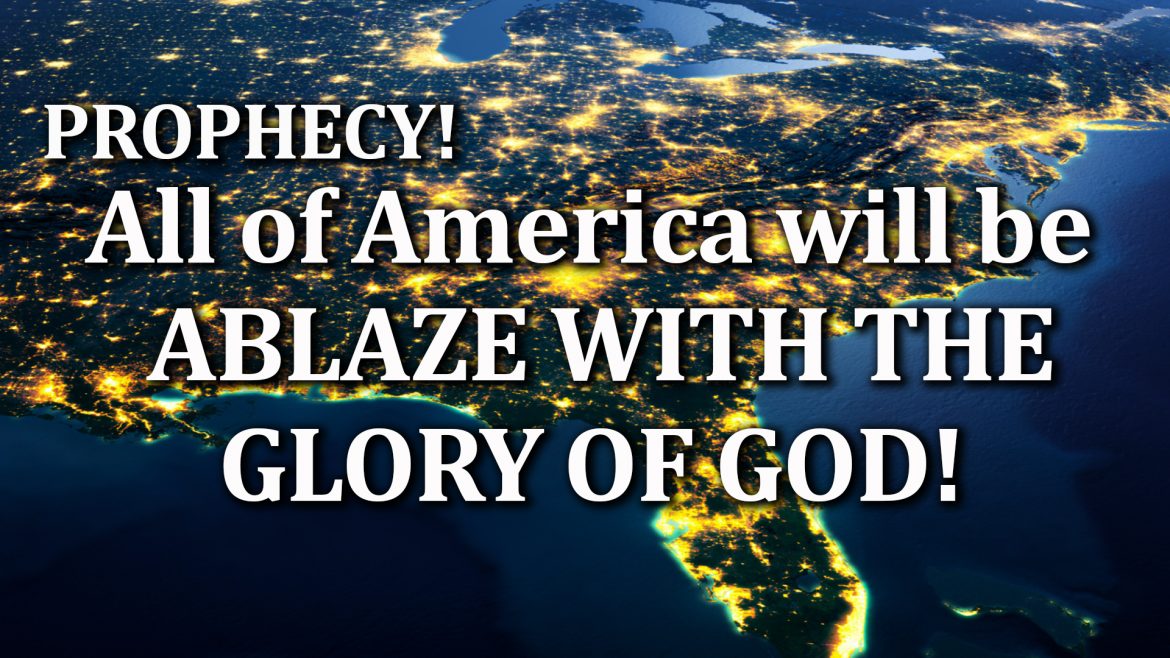 It is so easy to get focused and fixated on the present reality of how dark and hopeless things look in our natural world. Our 24-hour news cycle makes that so easy to do. But God is not limited to what we see, or by what we experience in this natural world. He is fully able to bring about miraculous sudden change, despite how things look right now!

If things look too impossible, just recall the incredible faith of Abraham when he had faith to believe God for the impossible, despite the impossible reality of his own situation. As Romans 4:18-21 reveals, “Against all hope, Abraham in hope believed and so became the father of many nations, just as it had been said to him, “So shall your offspring be.” Without weakening in his faith, he faced the fact that his body was as good as dead—since he was about a hundred years old—and that Sarah’s womb was also dead. Yet he did not waver through unbelief regarding the promise of God, but was strengthened in his faith and gave glory to God, being fully persuaded that God had power to do what he had promised.” Despite how things look in the world. Despite the horizon of America’s present reality and the non-stop, 24-hour news cycle, GOD IS ABLE! God can do, and will do, all the things that He has promised that He would. 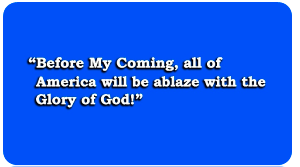 Not only are people in America concerned about what is taking place in America, but there are also people around the world looking at watching what is taking place. Pastor Yongi Cho, of South Korea, is one of those men. He sought the Lord about what was happening in America, and asked the Lord, “are you through with America?” Not only did the Lord answer, but He answered in a mighty way, and with such detail, that it will stir your faith. The Lord said to Pastor Cho, “OH NO! I’m about to pour out My Spirit there!” The Lord directed Pastor Cho to pull out a map he had of America. Once Pastor Cho laid out the map of America, the Lord told him to point at the map, and the Lord directed his finger directly upon Pensacola, Florida. The Lord continued to speak, “I’m going to pour out My Spirit here like a match head. It’ll burn like a match head, bright, and it’ll be powerful. And then it will go over to the Mississippi River, and it’ll back up across Florida again, come down into the Peninsula of Florida, go up the East Coast, down through the West and the South West, and shoot out to the Northwest!” Now here is the mighty clincher, “And before My Coming all of America will be ablaze with the glory of God”. The Lord has shown many just some of the things that are going to come. These visions have yet to come to pass. God has confirmed it in so many different ways.

It seemed as if it was only a few years ago when people started asking the same question to themselves and those around them, “how bad is it going to get?” As we fast forward the clock to present day, people are still asking themselves the same question and it’s continuing to get worse and worse, with seemingly no change. What is the catalyst that will turn this all around? The Lord spoke to the late John Paul Jackson, “My people are going to cry out to Me.” Jackson asked the Lord, “when?” The Lord continued, “It will keep getting darker until they do. It will keep getting darker until they do.” Think about this. This is the very truth that is revealed in 2 Chronicles 7:14; “If my people, who are called by my name, will humble themselves and pray and seek my face and turn from their wicked ways, then I will hear from heaven, and I will forgive their sin and will heal their land.” The answer is not shouting at darkness, expecting the world to get right. No. It’s the Church, God’s people, that need to get right in the eyes of the Lord. If we don’t cry out, it will only get worse. It’s time to stop shouting at the darkness and light a candle; be the Light Jesus has called those who follow Him to be.

Picture this, a farmer is taking another one of his friends to go hunting. As they are walking past a house, they hear a dog howling out in pain. The sound is so loud, and so continual, one farmer turns to the other to ask what that sound is. It was his dog, Cecil, “He’s sitting on a nail”. The farmer asking the question, responds with another question, “why doesn’t he get off the nail?” “It’s just not hurting bad enough yet” was the response. It’s important to remember, that when God speaks, He uses minimum force necessary to get us motivated to respond to Him. God will bring us to a place of hardship that gives us every opportunity to cry out to Him. The problem is not those in Washington, or the talking heads on television. IT’S THE CHURCH!

It’s important to remember that when the Lord revealed to Greg Lancaster, “It’s going to be the 1970’s again” it was moments later that America suddenly removed all of its troops from Afghanistan. This is exactly what took place in the 1970’s when America did the same thing pulling out from Vietnam. It was a confirmation of the word of the Lord. Things are going to ebb and flow in the world, but the Lord is going to have His way. God wants to restore you to Himself. That’s who He is. He’s good!