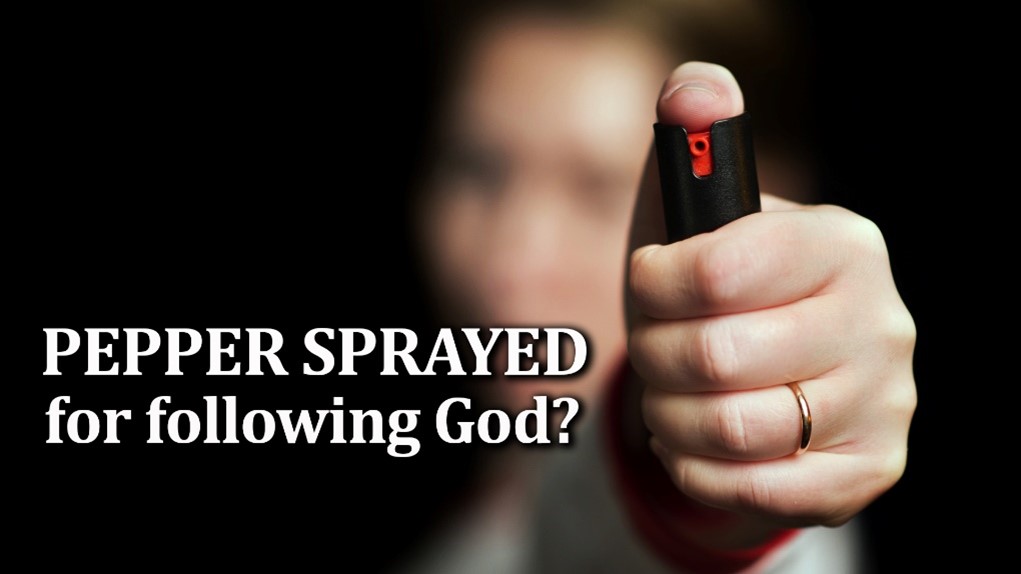 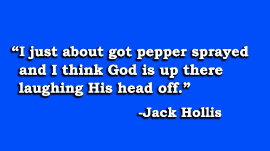 There is nothing more exciting that living a life following the voice of the Lord and the leading of Holy Spirit. In this hilarious humor moment, Greg has a conversation with Jack Hollis about following the Holy Spirit and when He gives gentle promptings of words of knowledge to share with people. As Jack points out, Holy Spirit leads him in his daily life to share with others what God has said to him about them, and impacts their hearts so profoundly, they are led to tears. But it doesn’t always turn out that way. When Jack was sitting down one day at a restaurant, he felt the leading of the Lord to go talk to a lady who was sitting at a nearby table. The conversation started off innocently enough; “excuse me, but…” and that was all it took. She stopped him right there in his tracks. “GET AWAY FROM ME!” She quickly put her hand in her purse and pulled out her pepper spray which was immediately aimed directly at Jack. “YOU GET AWAY FROM MY TABLE!” With his hands up in defense, Jack immediately complied and walked back to his table. “Yes ma’am. No problem. No worries.” After making it back to his table where his lovely wife was sitting, she had seen the sudden stark reaction, and asked Jack, “what was that?” Recognizing that God surely has a sense of humor, Jack replied, “I just about got pepper sprayed and I think God is up there laughing His head off”.