Prophesy:  Israel Begins Operation Protective Edge, WAR? Plan to Escalate force until Hamas Stops Attacking Israel – The Ball is in Hamas’ Court
Greg, Pat and John share about how prophetic it is as Israel is surrounded by Islamic radicals while increasing tensions between Israel and Gaza as the attacks continue to reportedly come from Hamas in Gaza into Israel; as far as Jerusalem.  Man is bent on harming and killing Israelis launched from the shores into Israel while missiles continue being fired into Israel.  As the Church we must not remain silent, but be prayerfully vigilant and supportive, including finding out where our representative Government is standing on defending Israel encouraging them to support Israel and not to fund those who are killing and injuring Israel.
“First they came for the Socialists, and I did not speak out—
Because I was not a Socialist.
Then they came for the Trade Unionists, and I did not speak out—
Because I was not a Trade Unionist.
Then they came for the Jews, and I did not speak out—
Because I was not a Jew.
Then they came for me—and there was no one left to speak for me.”
Pastor Martin Niemöller
Learn how Israel is prepared to respond to Gaza based on their actions, and so much more. Also shared in this segment: Israel, terrorism, prayers, government, prophecy, IDF, and war.
Cash for Killers? Are American Tax Payers paying Jihadist for Murder of Jews? 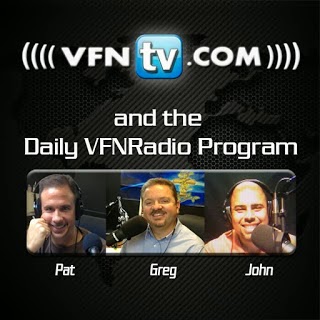 Greg, Pat and John discuss how Edwin Black, award-winning investigative journalist, says that the Palestinian government puts their citizens on the government payroll if they injure, kill or cause a terrorist attack upon one or more Jews.  Edwin Black writes in his book Financing the Flames, Palestinians have an official governmental office designated that distributes these monies. About 6% of their annual budget, $400 Million of which is monies from America, Black says, which reportedly connects America to the Jihadist acts of terrorism towards Israel.  Learn how as a believer you can be a part of helping to stop such practices through prayer and contacting your representative government leaders. Learn the details as you find out how to respond, and so much more. Also spoken about in this segment: taxpayers, elected leaders, government, terrorism, jihad, radical Islam, prayer, and Israel.