Prophecy Kim Clement: July Tumultuous Season for President Obama- A David has been Raised Up
Greg, Pat and John share an encouraging prophetic word that was just released from Kim Clement. Kim Clement releases how the month of July is a time of testing for President Obama, the coming season of fall will be the outcome of President Obama’s decisions. In response to this, Kim Clement also shares how the Lord spoke to him, “SAMUEL, GO FIND DAVID! SAMUEL, GO FIND DAVID!” Amidst the shakings seen and heard across the world, God is raising up a David, who will lead the nation of America. When men look at the outer accomplishments, it is God that sees the heart. God does not call the qualified, He qualifies the called. The sea of humanity is coming over the borders to the ship of America. Recently, “the Blaze” reported a first person view of the events and actions that are happening on America’s Southern Borders. Allow your heart to be stirred and softened as you see more of what is happening in America; allow your faith to be lifted as you hear more of what God is doing, and so much more. Also shared in this segment: Kim Clement, The Blaze, borders, sea of humanity, John F. Kennedy, Alveda King, and prophecy.
Prophetic Word: “America Will Shine Again” said Kim Clement
Greg, Pat and John continue to discuss Kim Clement’s recent prophetic word as they detail this second part regarding the coming events in America. Kim Clement shares how it was God that dreamed up the idea of the nation of America. He dreamed of a land that would fight for freedom, mankind, and equality. America was once the candle on a hill, but that light has since been covered up. Clement said what the Lord revealed to him regarding America, “Yes I will restore you, this light will shine again, so that the world may know who I am.” There are those who are crying out for a Third Great Awakening and God is hearing our prayers and He is responding. Be lifted up as you hear the plans that God has for the nation of America, and so much more. Also shared in this segment: Original Intent of America, Original Intent for the Church, darkness, the blood of Jesus Christ, mercy, grace, and prophecy. 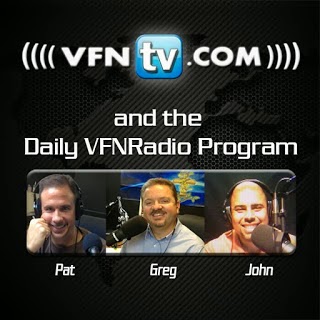 Prophesy ‘God’s Spirit has moved away from Russia for a Small Season’ said Kim Clement
Greg, Pat, and John, continue to discuss this third part of Kim Clement’s recent prophetic word. Right now, the world is seeing Russia move upon Ukraine, in the G20, involvement with airliners, and the presence of oil. God sees all of this. Kim Clement shares how the Spirit of God has moved away from Russia for a small season, and how the ambitions of Vladimir Putin have offended God. In response to Putin’s actions regarding oil and debt, God has his own perspective. Enjoy this impactful moment as you understand that nothing skips the eyes of God, and so much more. Also share in this segment: Russia, Ukraine, OPEC, gas prices, the Middle East, Cuba, and Gog.