﻿
LISTEN NOW!  Greg, John, and Pat share the freshest events happening in Israel as 7 more IDF soldiers have been killed defending Israel, increasing the number to 18. Prime Minister Benjamin Netanyahu shares how there is not a more just war than the war that our sons have fought. Quiet will be restored to the nation of Israel. Protests against Israel are being shouted in parts of the world. There are tunnels bored under the soil of Israel, from Hamas that are being used in the terrorist events against the IDF. One IDF soldier, 21 year old Sgt. Oron Shaul, is currently missing, as IDF is currently searching for his whereabouts. Continue to pray for Israel as you get a current awareness of what is happening in Israel and so much more. Also shared in this segment: IDF, Gaza, Hamas, PM Netanyahu, and war. Ron Dermer 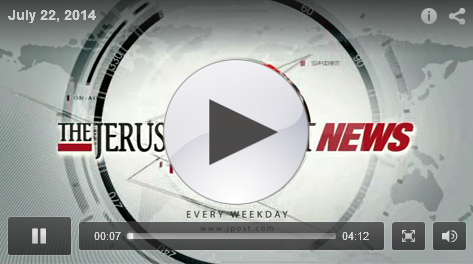 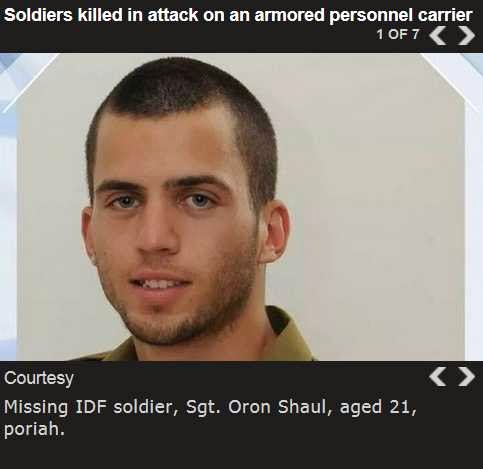 image source: jpost.com
Related Content
IDF: Soldier missing from destroyed Golani APC
Related Articles
Prayer for Israel
Israel Protective Edge: This is not a war of choice but of necessity
What If Terrorists Could Shoot This Rocket at Your Country?
Prime Minister Benjamin Netanyahu Orders Ground Offensive in Gaza after Hamas Terrorist Enter Israel through elaborate underground tunnels; “…without this operation the price we will have to pay later would be much higher” says P.M. Netanyahu
Is Israel being pulled into a ground War in the South Only to be attacked from the North – Lebanon and Syria
Day 8 Jerusalem Post of Israeli Defensive Protective Edge: Israelis Refuse to allow Hamas to Steal their Joy and Peace and continue to live their lives
﻿