Second American Journalist, Steven Scotloff Beheaded by ISIS
Greg, Pat and John share about the horrific news of the 2nd American journalist beheaded by ISIS, Steven Scotloff. If anyone has any question what evil looks like, this is it. This is a clear demonstration of how evil the devil is. Amidst the devastating realities that are happening, the current leadership of America is reacting in such a way that causes one to wonder. What is happening? What is going on? We were concerned as well. We sought God about it and He revealed the simplicity of what is happening. What is being seen on media across the world is the execution of a few tactics put together in one book, Saul Alinsky’s, Rules for Radicals. There is a lot of confusion going on, but Jesus cleared all that up when He came to the Earth. He made known what is right and what is not.
As persecution against the body of Christ across the world is rising, it is now being seen in America. Recently three Indiana churches were spray painted with Quran scriptures. What wasn’t shared previously was there was a separation of what they believe or who is for what. Anyone who lifted up the name of Jesus was targeted. If someone is living contrary to the ways of Jesus while proclaiming they are Jesus with their words, the devil is still going to see them as a “Nazarene”. It is critical for each of us to know the voice of the Lord and to respond accordingly to what He is saying to each of us. The greatest way to prepare for what we are seeing in the world is to have a personal abiding relationship with Jesus Christ. Find out how this matters, what the differences are, and so much more. Also shared in this segment: Radical Islam, 4 Blood Moons, 9/11, Prudent Preparation, Alinsky Tactics, and persecution.
Leader of ISIS “See You in New York” says Congresswoman Michelle Bachman
Greg, Pat and John continue the discussion about what is taking place within America. It is important to remember that the 13th anniversary of September 11th is approaching. What happened in 2001 was from al-Qaeda, which was also Radical Islam. At that time, it was a handful of men with box cutters that brought devastation in a matter of moments. Today, ISIS is reportedly the most funded and armed terrorist organizations, and much larger. In light of these truths, the American Embassy in Libya has been abandoned and taken over by ISIS. In a recent CNN interview, former CIA Operative Bob Baer stated, “ISIS is here, they’re capable of striking, they don’t know what they’re plans and intentions are, but it’s a definite concern.” 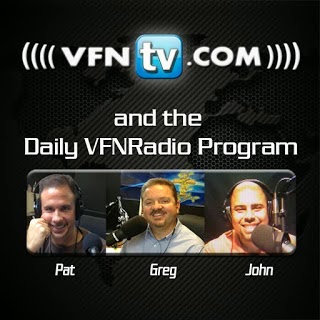 The Blaze recently interviewed Minnesota Congressman Michelle Bachmann. There is important clarity to understand the terrorist organizations that are being seen in the world. Congresswoman Bachmann shared that regardless of who they are: al-Qaeda, al Nusra, ISIS, it’s all Islamic Jihad. Each wants a Caliphate. What is also important to know is that the leader of ISIS, Abu Bakr al-Baghdadi, was previously in American captivity. When he was released in 2009 under directives from President Obama, the statement from al-Baghdadi to his captor, reportedly was, “See you in New York”.  Congresswoman Bachmann continues to share her previous concern about American citizens that are leaving the country to fight alongside ISIS. She was concerned and contacted the applicable authorities inquiring if any residents from Minnesota were doing this. She was told it was “classified”. Now it’s known that many have traveled to fight with ISIS, known as the “Minnesota Martyrs”. Many are looking for how to react to these realities. As the church, we need to respond with a God response. There is a storm being fashioned. God will deal with our enemies. Find out the details of these events, the interviews, and so much more. Also shared in this segment: The Blaze, ISIS, New York, NSA, FBI, CIA, Hillary Clinton, CNN, borders, and repentance.