Is the President Writing Secret Letters to Iran While Iran’s leader threatens the Annihilations of Israel?
What is going on? Israel is America’s biggest ally. CBN reports that President Obama is reportedly writing letters to the Supreme Leader of Iran. The Obama Administration has insisted that it will not coordinate military forces with Iran. While this is happening, Prime Minister of Israel, Benjamin Netanyahu, has posted a video declaring the vitality of the international community to pay attention to what is going on. It appears that all the attention is being taken off of where the attention needs to be most.  As the church, it is essential to remember that however goes Israel, so goes the Church. First, the Saturday people, and then the Sunday people. Be educated and encouraged as you hear where to keep your attention, your prayers focused and so much more. Also shared in this segment: Israel, Iran, Valerie Jarrett, Green Party, uprising, and prayer. Greg, Pat and John shared in this segment.

How can someone have so much open hatred towards the Jewish people? Very simple, people are being taught it. Iran has openly declared the annihilation of Israel and the Jewish people. There have been repeated bombings, missiles launched into Israel, suicide bombers and bus bombs. CBN reports how the terrorism against the Jewish people has been taken to another level. Reportedly, the Palestinian Authority has accused Israel of trying to destroy the al-Aksa Mosque. As a result, terrorists are responding with knife attacks and having cars to be driven into innocent Jewish bystanders. Focus your attention on what is happening in the Middle East, in Jerusalem. If there was ever a time to pray for Israel and the peace of Israel, it is now. Find out the details of what is taking place, and so much more. Also shared in this segment: radical Islam, persecution, Israel, Abbas, Jerusalem, CBN, Gaza, Iran, and prayer. Greg, Pat, and John shared in this segment.

Kristallnacht: Night of Broken Glass Anniversary- We Remember We Will Not Remain Silent- VFNtv Stands with Israel and our Jewish Brothers

76 years ago, a night of Jewish businesses being looted and Jewish synagogues being torched was the “overnight” event that began the open persecution of Jews under the leadership of Adolf Hitler that resulted in the Holocaust. “Kristallnacht” a.k.a. “Night of Broken Glass”, is remembered to this day by survivors when the Nazis rose to power. Jewish families fled and some were too afraid to even enter the streets for fear of what might happen. History repeats itself when we do not pay attention. This is the anniversary of Kristallnacht. We will not remain silent and the church cannot remain silent. Be encouraged as you hear how you can stand with your Jewish brothers and sisters, and so much more. Also shared in this segment: anti-Semitism, Israel,

We Honor our Veterans:   We Thank You 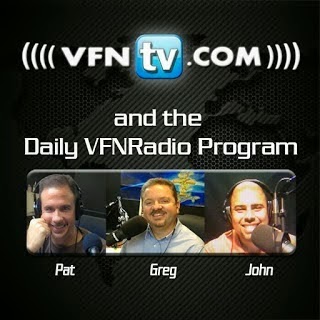 America says thank you to those who stood to defend the nation and the freedoms enjoyed within it. Support our veterans not just today, but every day. Former President George W. Bush has been seen at an airport welcoming, hugging, and thanking the returning veterans from their deployments.  Be refreshed on this day of remembrance as you learn how you can pray and support our veterans and so much more. Also shared in this segment: Congressman Jeff Miller, Veterans Affairs, NAS Pensacola, fruitfulness, and blessings.