LISTEN NOW! As the ridicule and attacks against Israel are increasing throughout the world, we can see a stark contrast by simply looking at the realities of how Israel is literally blessing those who curse them. One particular industry to look at is the medical industry.
When Congresswoman Gabrielle Giffords was shot in the head, at point blank range, she was rushed to the hospital. Reportedly, it was the bandages that were applied to the gunshot wound that saved her life. What most may not be aware of is the bandages that were used were developed in Israel. Throughout the world, we are aware of the continual research that is being done to combat the reality of cancer. In the lab rooms of Israel, scientists have pioneered the smell of canines that can detect cancer cells. Named, the “Nano Artificial Nose”, patients with cancer blow through the device, and in beginning clinical studies, it has resulted in an 86-97% accuracy rate.


This is just the beginning. Israeli scientists have also developed the camera, small enough to fit inside a pill that can take pictures of your inner organs, all to avoid surgery, and give doctors the eyes they need to make the needed decisions, without the use of a scalpel. Those who couldn’t walk are now walking with the “ReWalk”. Contrary to what the world is saying about Israel, Israel is truly blessing the world. Allow your perspective of Israel to shift as you hear about these powerful realities, and so much more. Also shared in this segment: CBN, Made in Israel, medicine, cancer, dogs smelling, Israeli pressure dressing, Congresswoman Gabrielle Giffords, Artificial Pancreas, and braille. Greg and John shared in this segment. 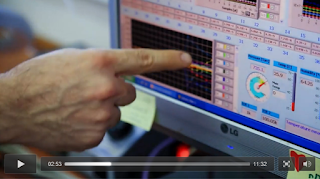 Israel Blessing the WORLD with Water
Israel Still Continues to Amaze; Beacon of Light in the Middle East, Defending Freedom, and Sharing their Blessings with the World
I1S2R3A4E5L6