Home Faith THE TRUMP PROPHECIES! “For as Benjamin Netanyahu is to Israel, So shall [President Trump] be to the United States of America”, says Mark Taylor
FaithFaith MountainGovernment MountainHoly SpiritHopeIsraelProphecyProphecy for America

THE TRUMP PROPHECIES! “For as Benjamin Netanyahu is to Israel, So shall [President Trump] be to the United States of America”, says Mark Taylor 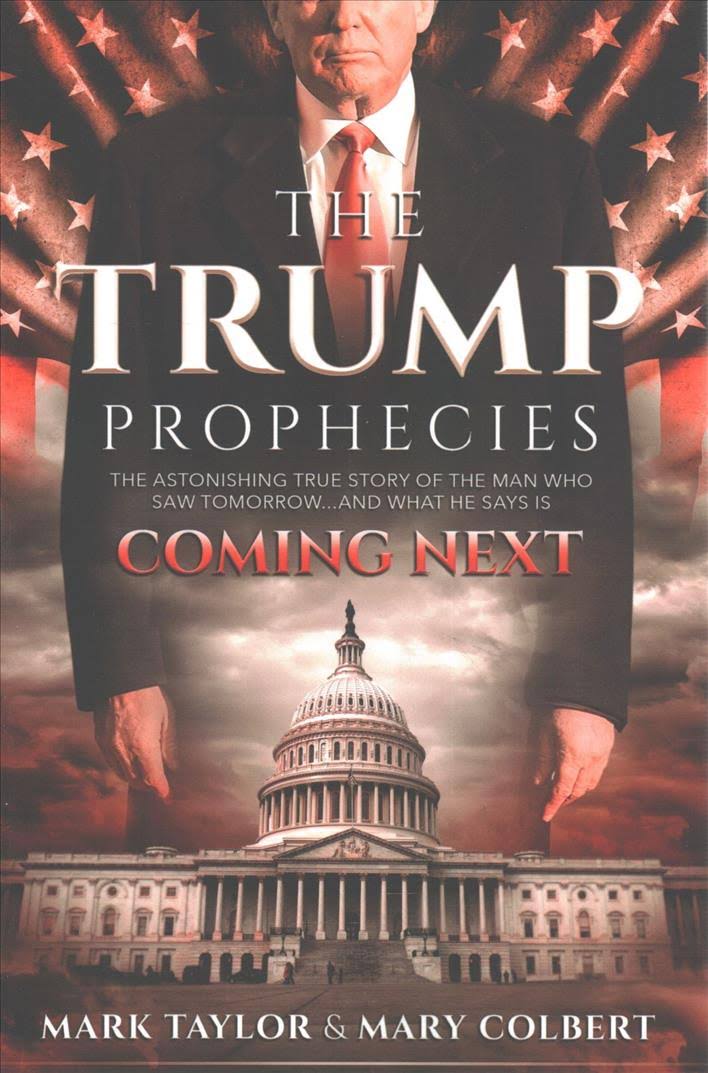 LISTEN NOW! (Or WATCH FULL PROGRAM!) As we see President Trump make significant effects in his presidency, it is not hard to recognize that substantial transformation has happened compared to where America was only a few short months ago. But, if you ask Mark Taylor about President Trump, it wouldn’t be a surprise to him. Taylor was recently on Sid Roth’s It’s Supernatural, and he shared what the Lord had spoken to him about Donald Trump. This was in 2011. As Taylor has termed it, it was the Commander-In-Chief Prophecy, spoken to him on April 28, 2011.

Like a continual drumbeat of hope and boldness, Taylor begins to speak exactly what the Lord said to him. “The Spirit of God says I have chosen this man, Donald Trump, for such a time as this. For as Benjamin Netanyahu is to Israel, so shall this man be to the United States of America. For I will use this man to bring honor, respect, and restoration to America. America will be respected once again as the most powerful and prosperous nation on earth, other than Israel.”  It is awesome and powerful to see the Lord’s hand at work. When we look at Amos 3:7, it reminds us of God’s plans being at work. ” Surely the Sovereign Lord does nothing without revealing his plan to his servants the prophets.”

What is additionally inspiring and encouraging are the words that President Trump made known to his faith advisory board. Mary Colbert, who has the privilege of being in relationship and contact with the members of the board, testifies of these words and shared them with Sid Roth. “Well, Donald Trump has expressed…by the time that he leaves office, he wants to be remembered as the most praying President in history.” Sid Roth brings up the many controversial media clips that were shown of Donald Trump during the Presidential race, and asks Colbert what her thoughts are. As a woman, she felt the weight and impact of these words, but she also knows what the Spirit of the Lord has said about this man. “For me, I can tell you, Donald Trump is not the same man that you are hearing about from his past. He has had a radical change in his heart. He has had a heart change towards the things of God, and the people of God.” When Sid Roth asks about the sincerity of Donald Trump, Colbert brings attention to President Trump’s desire to not only be a part of the National Day of Prayer, but “he wants to bring it into the White House”. This is so exciting! It’s important to remember that all of us go through a period of process in our lives. King David had to endure process before he found himself the King of Israel as God had anointed him to be. The same has been carried out in President Trump’s life as well. It is time for us to come into agreement with the prophetic word from the Lord. We can’t wait for the prophesy to come true if we don’t agree with it. We get the prophet’s reward when we agree with the prophet.

As President Trump has carried out the beginning of his Administration, how many nations across the world are turning their heads and taking note? Nations are now respecting America again. As the world has vehemently attacked Israel on every front, President Trump has unapologetically remained alongside Israel. We have seen the prophetic words from Mark Taylor regarding the relationship between America and Israel be fulfilled before our eyes.

Taylor also spoke about how President Trump would be used to turn the American Dollar around.

“The Dollar will be the strongest it has ever been in the history of the United States, and will once again be the currency by which all others are judged. The Spirit of God says the enemy will quake and shake and fear this man I have anointed. They will even quake and shake when he announced he is running for President. It will be like the shot heard across the world. The enemy will say, ‘what shall we do now? This man knows all our tricks and schemes.  We’ve been robbing America for decades. What shall we do to stop this?’ The Spirit says ‘HA! No one shall stop this that I have started. For the enemy has stolen from America for decades and it stops now. For I will use this man to reap the harvest that the United States has sown for and plundered from the enemy what he has stolen and returned it back seven-fold to the United States.”

Many are unaware that we were on the verge of losing our nation under the past Administration. That would have changed everything. Overnight, we would have found ourselves paying unimaginable prices at the gas pumps. While Russia, China, and North Korea are plotting against the Dollar, God has His own plans.

As nations throughout the world are taking note of the new leadership in America, nations are also seeking to do what they can to position themselves alongside America. Taylor continues the prophetic word; “The enemy will say, ‘Israel. Israel. What about Israel?’ For Israel will be protected by America once again. The Spirit says, ‘Yes’. America will once against stand hand in hand with Israel and the two shall be as one. For the ties between Israel and America will be stronger than ever and Israel will flourish like never before.” Why would anyone not want to support America? There is an anointing upon President Trump.

The world recognizes that a new leader is leading America. The methods that were carried out during the last Administration are not being repeated. ” The Spirit of God says, ‘I will protect America and Israel. For this next President will be a man of his word. When he speaks, the world will listen and know that there is something greater in his and all the others before him. This man’s word is his bond and the world and America will know this, and the enemy will fear this, for this man will be fearless. Many of the promises that Donald Trump ran under during the Presidential Election, he has fulfilled. Pulling out of the Paris Accord as well as his bold comments at the NATO Summit are prime examples.

As President Trump has made the decisions to pull out of agreements such as the Paris Accord, President Trump has repeatedly pointed to the exorbitant costs that these agreements were having upon our nation. This is another confirmation of what the Lord spoke to Mark Taylor. “The Spirit says, ‘when the financial harvest begins, so shall it parallel in the spiritual for America’. The Spirit of God says, ‘in this next election, they will spend billions to keep this President. Now it will be like flushing their money down the toilet. Let them waste their money. For it comes from, and is being used by evil forces at work. But they will not succeed. This next election will be a clean sweep for the man that I have chosen.” Oftentimes, what people do not recognize is the cost that it takes to bring in the harvest. How much did it cost to bring in the many souls that were won, say, during the many Billy Graham Events?

Since President Trump has been in office, we are seeing unemployment at its lowest, and the Stock Market hitting new heights over and over. In less than a year of President Trump being voted into office, everything has shifted. This happened amidst the billions of dollars that went to funding those who ran against Donald Trump. Regardless of how much money is spent, the plans of men cannot succeed against the plans of God.

Since President Trump has taken the role of President over America, the onslaught of attacks against him haven’t stopped; regardless of what good was carried out under his Presidency. This is another confirmation of what the Lord spoke to Taylor. ” They will say things about this man, the enemy, but it will not affect him and they will say it rolls off of him like the duck. Even as the feathers of a duck protect it, so shall My feathers protect this next President.” Regardless of what we see the Mainstream Media News do or say, Taylor points out, as directed by the Lord, there will be a shift, even in the media’s coverage of President Trump. ” Even Mainstream News Media will be captivated by this man and the abilities that I have gifted him with, and they will even begin to agree with him’, says the Spirit of God.” Don’t be ashamed of the man that God has positioned into leadership. As the Church, we cannot remain silent in this hour. There are many leaders throughout the nation and the world that have spoken with President Trump. What is most significant, is how the President listens when Faith Leaders come to him. Now is the time to be the Church that God called the Church to be.

Allow your perspective and understanding of President Donald Trump to change when you hear the full prophetic word of what the Spirit of the Lord has said, the full conversation with Mark Taylor, Mary Colbert, and Sid Roth, how we have seen many of these proclamations come to pass, and so much more. Also shared in this segment: Faith, hope, President Donald Trump, The Trump Administration, The Trump Effect, New York Stock Exchange, NYSE, Holy Spirit, prophecy, prophetic word, smear tactics, G20, The Paris Accord, The White House, family, justice, God is just, VFNKB, financial blessings, criticism, The Johnson Amendment, and prayer. Greg and John shared in this segment.
screen capture from amazon.com