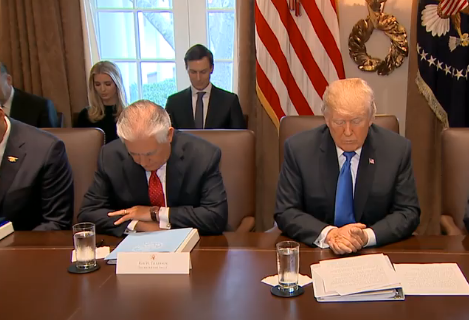 This has been an outstanding year as America has witnessed the merciful hand of God turn our nation around. New heights are being achieved within the Stock Market, regulations are being cut at record levels, and the moments of significance keep coming. During the last Cabinet meeting of the calendar year for 2017, President Trump address his Cabinet to unveil more exciting news to his team, as well as to the American people.

President Trump allowed no confusion in the air when he addressed that past administrations had wanted reform regarding taxes, but he would achieve “tax cuts”. “You know, for 34 years, they’ve been trying to do this, and they haven’t. And they used the word “reform.” Well, there is reform, but I said, we’re going to be talking about tax cuts. The heart of our bill is a tremendous amount of relief for the middle class, including a doubling of the child tax credit and a nearly doubling of the standard deduction.” The President continued to point out how soon the American people would be seeing the results of this decision to cut taxes. “They’re going to start seeing the results in February. This bill means more take-home pay. It will be an incredible Christmas gift for hardworking Americans.”

As the President expressed how this tax cut would benefit families with dependents, he also expressed how small businesses would be affected as well. “It makes the vast majority of family farms and small businesses exempt from the estate tax… And it brings overseas corporate profits back to the United States.” But, this isn’t the biggest portion of the tax plan. “Our plan also lowers the tax on American business from 35 percent all the way down to 21 percent. That’s probably the biggest factor in this plan.” As the President continues to comment on the booming market regarding jobs, he points out how more than 2 million jobs have been created since his administration has taken office.

A wave of optimism is sweeping the nation as President Trump continues to release positive reports regarding issue after issue. The President spoke about the growing economy, eradicating ISIS, as well as how American businesses will no longer be leaving the country due to high taxes. As the President finished his remarks on the recent advancements in our country, he asked the Secretary of HUD, Dr. Ben Carson to say a prayer over the Cabinet and the meeting.

“Our kind Father in heaven, we’re so thankful for the opportunity and the freedom that you’ve granted us. We thank you for a president and cabinet members who are courageous and willing to face the winds of controversy in order to provide a better future for those who come behind them. We’re thankful for the unity in Congress that’s presented the opportunity for our economy to expand so that we can fight he corrosive debt that’s been destroying our future. And we hope that that unity will spread beyond party lines so that people will realize that we have a nation that is worth saving, and recognize that nations divided against themselves will not stand. In this time of discord, distrust, and dishonesty, we ask that you will give us a spirit of gratitude, compassion, and common sense. Give us the wisdom to be able to guide this great nation and the future. We ask in the name of the Father, the Son, and the Holy Spirit,” Dr. Carson prayed.

You will be deeply encouraged as you see the full remarks from our nation’s President, the words of the prayer from Dr. Ben Carson, and so much more. Also shared in this segment: President Donald Trump, optimism, The Trump Administration, Secretary of State Rex Tillerson, Vice President Mike Pence, ISIS, Stock Exchange, Alaska, oil reserves, ANWR, Arctic National Wildlife Refuge, hope, and encouragement.
screen capture from cbnnews.com 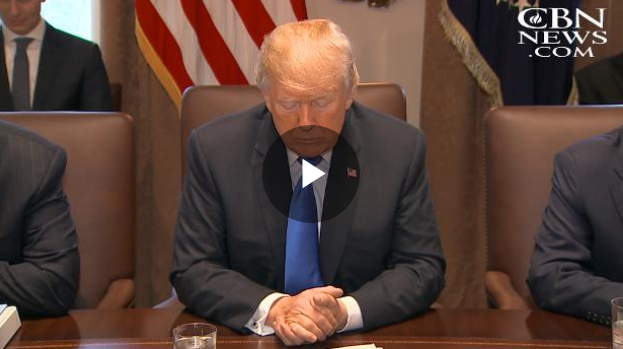