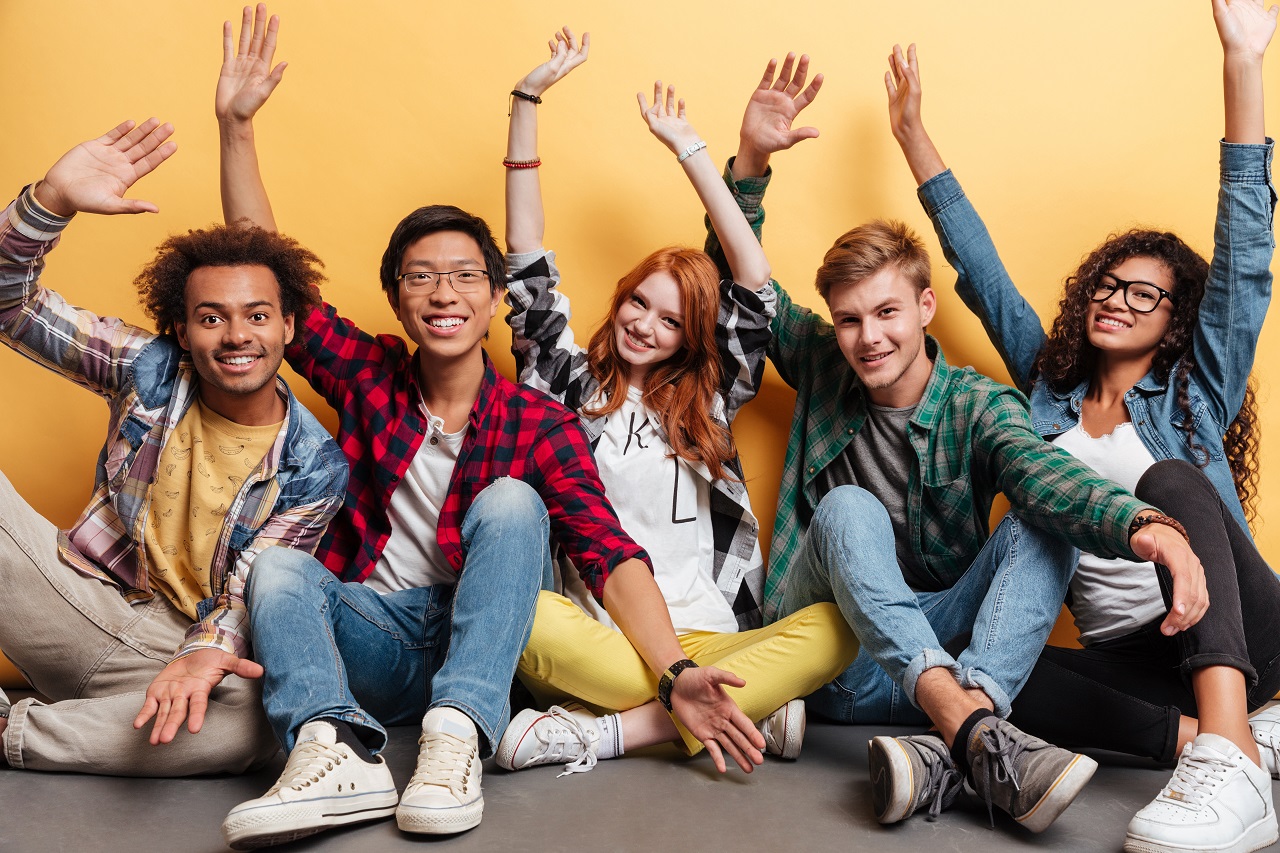 Daniel McGraw with the Quillette reported the facts and the facts are that three African American Oberlin students tried to buy wine with a fake ID but were underage so they could not buy it but after that one of the students was caught trying to steal two bottles of wine. Gibson’s store called the police, and the students were arrested. The student that tried to steal the wine was held in jail on a felony charge of robbery. Immediately Oberlin College campus protested the arrest of the students stating that the students had been racially profiled by a racist white business. Two to three hundred students protested outside of the store the day after the incident. Once the college saw the protest, they started circulating communications that they supported the protests and openly agreeing that this was racial profiling. They protested to the point of canceling their purchase agreement with the store and the “student senate” passed what they called a resolution stating, “the Students of Oberlin College immediately cease all support, financial and otherwise, of Gibson’s Food Market and Bakery.”

Within a week a report was released from the police showing the arrests for shoplifting at Gibson’s that had happened from January 2011 to November 2016. There was a total of 40 arrests, 33 were college students, 32 were white, 80%, six were African American, 15%, and two were Asian, 5%.

The Gibson’s spent so much money on this trial that they went from eight to one employee by the end of the trial. They were losing their income, and how they lived because of the false allegations of racism, so they chose to sue the college. All they wanted was for the college to send out an email to the community stating that the Gibson’s were not racist, and if they did the charges would be dropped, but the school declined. During the court proceedings, the college could have said they were wrong at any time, but they wouldn’t, so the college was found guilty and had to award the Gibson’s with $44 million!

All three students who were initially arrested read this statement in court – “I believe the employees of Gibson’s actions were not racially motivated they were merely trying to prevent an underage sale.”

What is racism? It is defined as prejudice, discrimination, or antagonism directed against someone of a different race based on the belief that one’s own race is superior. Based on this definition you could be racist against any race!

The American court system found that the college was guilty of making false claims against the Gibson’s. There is justice in America! Many people are trying to do away with the U.S. Constitution, saying it is an outdated document and are against America and our Founding Fathers. Because of the Sixth Amendment, the Gibson’s were able to find justice!

What is the Sixth Amendment? It reads, In all criminal prosecutions, the accused shall enjoy the right to a speedy and public trial, by an impartial jury of the State and district wherein the crime shall have been committed, which district shall have been previously ascertained by law, and to be informed of the nature and cause of the accusation; to be confronted with the witnesses against him; to have compulsory process for obtaining witnesses in his favor, and to have the Assistance of Counsel for his defense.

Don’t give up on America and our Constitution because when things are done in the right order, the remedy can be justice in the courts. Dr. Martin Luther King, Jr. said, “Darkness cannot drive out darkness; only light can do that. Hate cannot drive out hate; only love can do that.” This is the opposite of what Oberlin College did! Because of their false accusations, it made light of true racism. Oberlin reportedly made this false allegation because they want to keep their students happy. Enrollment is down and with so many schools to choose to attend, that they are following along with the students to keep them and their money and to attract other students to their college as well.

The question many are asking right now is that is America racist? President Barak Obama even stated that racism is in our DNA but is this true? He was the first African American president in America, and he was elected for two terms, so how is his statement true? Larry Elder for Prager University reports on racism in America and helps to answer these questions.

“Is racism still a major problem in Ame­­rica­? President Barack Obama certainly thinks so. He said that racism is “in our DNA.” Really? If racism is in our DNA, doesn’t that mean it’s immutable, unchangeable? But America has changed and dramatically so. In 1960, 60% of Americans said they would never vote for a black president. Almost 50 years later, the black man who said racism is in America’s DNA was elected president, and four years later re-elected. That’s only the most obvious example of racial progress. There are many others.

“Take inter-racial marriage. As William H. Frey of the Brookings Institution wrote, “Sociologists have traditionally viewed multiracial marriage as a benchmark for the ultimate stage of assimilation of a particular group into society.” Black-white marriages were still illegal in 16 states until 1967. And a 1958 Gallup poll found that only 4% of Americans approved of black-white marriages. Today that number is 87%. In 1960, of all marriages by blacks, only 1.7 percent were black-white. Today, it’s 12 percent and rising.

“Now what about “racial profiling” and abuse of blacks by police? Doesn’t that prove that racism remains a major problem? In the summer of 2014, Ferguson, Missouri became ground zero for this accusation when a white policeman shot and killed an unarmed black teenager.  While a Department of Justice investigation of the incident cleared the officer of any wrongdoing, it did accuse the city’s police department of racial bias. But what was the Justice Department report’s most headline-grabbing stat? The gap between the percentage of blacks living in Ferguson — 67% — and the percentage of those stopped by police for traffic violation who are black — 85%. An 18-point discrepancy. Racism, right? Not so fast. Blacks comprise 25% of New York City but account for 55% of those stopped for traffic offenses — a 30-point discrepancy, far bigger than that of Ferguson. Why isn’t the NYPD, a department that is now majority-minority, considered even more institutionally racist than the Ferguson PD? The answer is you cannot have an honest discussion about police conduct without an honest discussion of black crime. Though blacks are 13% of the population, they commit 50% of the nation’s homicides, and almost always the victim is another black person, just as most white homicides are against other whites. In 2012, according to the Center for Disease Control, police killed 123 blacks, while, by the way, killing over twice that many whites. But that same year blacks killed over 6,000 people — again, mostly other blacks.

“What about traffic stops? Unlike when responding to dispatch calls, police officers exercise more discretion when it comes to traffic stops. Therefore “racist” cops can have a field day when it comes to traffic stops, right? Actually, no. The National Institute of Justice is the research agency of the Department of Justice. In 2013, the National Institute of Justice published a study called “Race, Trust, and Police Legitimacy.” Three out of four black drivers admitted that they were stopped by the police for a “legitimate reason.” Blacks, compared to whites, were on average more likely to commit speeding and other traffic offenses. The Institute wrote, “Seatbelt usage is chronically lower among black drivers. If a law enforcement agency aggressively enforces seatbelt violations, police will stop more black drivers.” The NIJ’s conclusion? These numerical disparities result from “differences in offending” — in other words, not because of racism.

“Similarly, the National Highway Traffic Safety Administration also found that blacks violate traffic laws at higher rates than whites — in every offense, whether it’s driving without a license, not wearing a seat belt, not using a child safety seat or speeding.

“Is there still racism in America? Of course, there is. But racism is not in America’s DNA. Recent history and a lot of research and data prove it. As liberal Harvard sociologist Orlando Patterson said, America, “is now the least racist white-majority society in the world; has a better record of legal protections of minorities than any other society, white or black; offers more opportunities to a greater number of black persons than any other society, including all of those of Africa.” Patterson, by the way, is black.”

Facts matter! People are speaking lies over America and taking advantage of people. They are grabbing onto the pain of someone and using it for their political gain! Don’t believe the false narrative that is being spoken over America. What we need to need is be the truth and believe the truth and find the truth. If the truth is bad, then we need to repent and change what it is. Jesus came to the earth to be the truth! He stayed true even to the point of dying on the cross! We are called to do the same thing. If we love others, then we will speak the truth out and lay our lives down for others. Be sure to watch or listen to the full segment to hear more! We invite you to join the VFNKB Community HERE and share with us what you think. Also, you can write to us at Friends@VFNKB.com. Greg and John shared in this segment.

PROPHECY! 92 POUNDS OF MONEY FOR ONE LOAF OF BREAD? Is...