Home Highlights Being Led By The Spirit Is The Key! The Wisdom of Walking with Holy Spirit vs the Knowledge of Men
HighlightsHoly Spirit

Being Led By The Spirit Is The Key! The Wisdom of Walking with Holy Spirit vs the Knowledge of Men 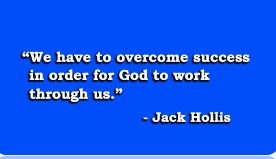 It so incredibly encouraging to have people who have lived life, and seen the faithfulness of the Lord do great and mighty things in their lives, to walk alongside us and share their lives with us. In this exciting moment, Greg Lancaster continues his conversation with longtime friend and brother in the Lord, Jack Hollis. Vulnerability and transparency have become so rare in our present age. But not with Jack. His life story is a breath of fresh air for those who are hungry for a deeper and closer connection with the Lord. Jack openly shares about his beginning moments coming to the Lord when the Lord showed him something so encouraging and powerful that is in Deuteronomy 4:37-38, “And because he loved your fathers and chose their offspring after them and brought you out of Egypt with his own presence, by his great power, driving out before you nations greater and mightier than you, to bring you in, to give you their land for an inheritance, as it is this day”. Essentially, God brought him out to bring him in. In Jack’s own words, he expresses how profoundly that impacted his life and what the Lord was showing to Jack that He had done. “I didn’t just bring you out of the hell that you were in. I didn’t bring you out of being an alcoholic, I didn’t bring you out of being lost and being undone, I brought you out to bring you into something better, something real!”  This moment with the Lord has been something that he has carried with him his whole life. He even recalls those moments before the Lord compared to walking with the Lord as simply incomparable. There was such a powerful change in Jack’s life when Jesus Christ took over!

There were so many things that the Lord did through his life, and the 58 years of marriage with his wife Shelly, that he describes those years as “living two or three lives”.  Throughout his time walking with the Lord, Jack experienced the temptation to slow down and be like other people. But he knew he just couldn’t do that. “Maybe everybody’s right. Maybe I need to settle down in a church and do all that stuff. Nah. Didn’t work. Nothing worked.” It’s not about being successful in this life. It’s about being successful in heaven’s eyes; in the eyes of Jesus. As Jack points out, “we have to overcome success in order for God to work through us”. Having to work while he just started high school, Jack decided to drop out of school. Because of that decision, he wasn’t able to get his GED until he was 30. It wasn’t for another twenty years that he got his Bachelor’s degree, and another 10 years to acquire his Master’s degree. The interesting thing is after all of these years of theological education, it didn’t make much of a difference. “I don’t know a bit more than I did before I did all of that.”  The Spirit of God had already led him in all of those areas. Ken Sumrall was a spiritual father to both Greg and Jack. He had a similar understanding as he shares this wisdom, “I was dying by degrees”. In our world of more and more knowledge, simply walking in obedience to the Holy Spirit confounds the minds of men. As Greg shares, “people think that you got something over them. ‘No, its just that Holy Spirit told me to be here, told me to say this’”.

There is nothing more exciting that living a life following the voice of the Lord and the leading of Holy Spirit. As Jack points out, Holy Spirit leads him in his daily life to share with others what God has said to him about them, and impacts their hearts so profoundly, they are led to tears. But it doesn’t always turn out that way. When Jack was sitting down one day at a restaurant, he felt the leading of the Lord to go talk to a lady who was sitting at a nearby table. The conversation started off innocently enough; “excuse me, but…” and that was all it took. She stopped him right there in his tracks. “GET AWAY FROM ME!” She quickly put her hand in her purse and pulled out her pepper spray which was immediately aimed directly at Jack. “YOU GET AWAY FROM MY TABLE!” With his hands up in defense, Jack immediately complied and walked back to his table. “Yes ma’am. No problem. No worries.” After making it back to his table where his lovely wife was sitting, she had seen the sudden stark reaction, and asked Jack, “what was that?” Recognizing that God surely has a sense of humor, Jack replied, “I just about got pepper sprayed and I think God is up there laughing His head off”. 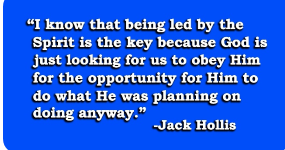 Even though not everyone may be open or receptive to hearing from the Lord, following the leading of the Lord is what this life is all about. Greg beautifully captures the importance of this timely wisdom as he shares, “I know that being led by the Spirit is the key because God is just looking for us to obey Him for the opportunity for Him to do what He was planning on doing anyway”.  Imagine living a life fully devoted to following the voice of the Lord in our lives. How immensely powerful would that be impacting the lives of those around us and loving on the heart of the Father by simply obeying Him? Everyday we have a choice whether or not we will follow the Holy Spirit. Jack points out the important truth, “all you got to do to be led by the Spirit is don’t be led by the flesh”. Greg highlights how many people have described him as a men that “JUST DOES IT!” But the truth is, its just following God. When people ask Jack how he lives a life like that, he plainly asks them in response, “how do you not do it?” Do we even really have a choice? Greg nails the reality by asking this important and vital question; “if we’re doing it for Him, why would there be a choice not to obey Him?”  This is what it’s all about. Today is the first day of the rest of our lives and we can make that choice to live every life focused on the heart of the Father, and loving Him by simply walking in obedience to Him.