Home » THIS IS WHAT GOD FORETOLD! God has warned us; Is It too Late? Find Out Now #PrudentPreparation
AbidingCrisisFaithHoly SpiritProphecyProphecy for AmericaTGLS Program

THIS IS WHAT GOD FORETOLD! God has warned us; Is It too Late? Find Out Now #PrudentPreparation 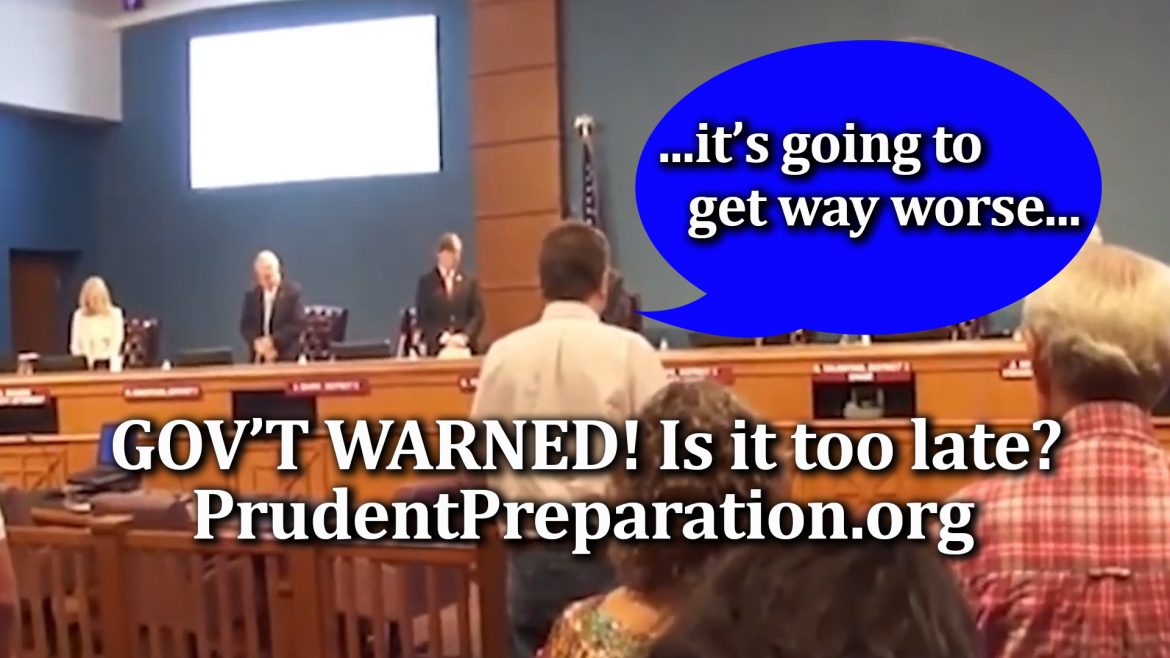 There are crises happening all around us and tremendous crises that are on the horizon. If we know that there is a storm coming, what do we do? We prepare as best as we know how to prepare. The Lord has clearly revealed that hard times are coming. Now is the time to prepare yourself and prepare for your loved ones. This is more than beans, bullets, and band-aids.

The best way we can prepare is to prepare our soul and be right in the eyes of the Lord. The Lord revealed a clear prophetic word to Greg Lancaster, to which he then shared this before a board of government leaders. It was only moments later that this prophetic word began to come to pass when devastating flood waters impacted multiple regions of the nation. In response to regional flooding, former South Carolina Governor, Nikki Haley, confirmed it by stating, “We haven’t seen this level of rain in the low country in 1,000 years.” In response to the flooding in Pensacola, FL, former Florida Congressman Jeff Miller said, “We’re talking about, not a 25-year, not a 100-year storm, but probably a storm that may never have been seen a may never be seen again.” You could say this was a confirmation. What is coming is going to be way worse than a flood.

Knowing that hard times are coming, this is why PrudentPreparation.org was created for you so that you can prepare NOW and how also to share this with those that you care about and love. In these coming days, the most important thing that we can do is to make sure that we are in the will of God as one of His people. Be sure to listen to the entire conversation and the multiple different prophetic words that have been shared and confirmed about the coming days ahead.