How Should Christians Vote? Tony Evans

LISTEN NOW! Tony Evans shares about his book, How Should Christians Vote? on an American Family Association interview. Greg, John, and Pat share about how the Lord will help you know how to vote if you ask to meet those who are asking for the privilege to represent us in governmental offices; Greg shares how the Lord led him in the presence of the future governor of Florida, Rick Scott, and the present governor of Louisiana Bobby Jindal, allowing him to meet them both, but to personally ask them questions that helped him make an informed vote in the fear of the Lord. 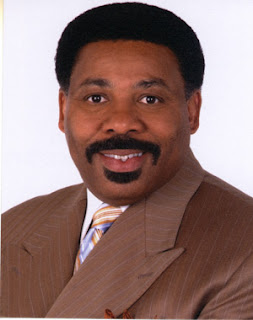 Publication Date: April 20, 2012
Christians are a large and influential voting bloc today. But as each governmental election approaches, an increasing polarity occurs within those claiming the Christian faith. This comes as a result of party-voting rather than voting according to Biblical mandates and authority. To refocus correctly, Dr. Tony Evans goes back to the basics and teaches on how God established government as a divine institution whose tasks include promoting the well-being of those within its realm and protection from evil.

Scripture trumps all political alliances making the voting decision a critical opportunity for Christians to promote God’s Word and His values through whom they elect. In the face of increasing emotions the Christians representing God’s kingdom values should communicate His truths in a manner reflective of the King – in a gracious and strategic way. Dr. Evans also looks at the necessary qualities in a good candidate which include intellect, education, competency, skill and spiritual beliefs – whether certain issues are non-negotiables, and how a responsible citizen is to research a candidates’ position in order to evaluate it against God’s Word.

Scriptural principles exist for both our personal and our political quandaries. We should be willing to dig deep to find them and move away from voting based on tradition or mere preferences.
Dr. Tony Evans takes on foundational questions of a Christian approach to politics.