LISTEN NOW! Greg, John, and Pat discuss the cross country runner who refused to run with a 666 runners badge.  Yahoo sports reported that Kentucky junior Codie Thacker “voluntarily forfeited her spot in a regional championship race after her coach drew bib No. 666 for the runner. Thacker and her coach argued that she should be allowed to switch her number, but race officials refused the request.”  They continued to discuss how this young lady who is a Christian would rather forfeit her race than to any anything associated with satan  to be associated with her.  They further discuss how it cost Codie something to stand for Jesus and encourages us to stand for God as she did no matter the cost. 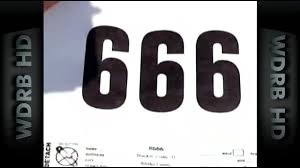