LISTEN NOW! WATCH!  Greg, Pat, and John share an update from regarding Israel and Operation Protective Edge from the “Jerusalem Post”. Now on day 50, from the perspective of Israelis, Operation Protective Edge does not appear to be accomplishing the goals originally set out to be completed. On Monday, 115 rockets were shot into Israel from Gaza. Homes were damaged in Southern parts of Israel and Israelis express the same fear as when the Operation originally started. We must continue to pray for the peace of Israel. As the eyes of the world are upon ISIS, and radical Islam, we believe everything is going to “flank” upon Israel.  As Prime Minister of Israel, Benjamin Netanyahu, has stood up against the barrage of accusation and terrorism, his approval rating amidst Israelis has gone from 80% to 40%. He has stood up for the nation of Israel. Israel must now stand with him and for him. The ultimate peace for Israel will come when Yeshua, Jesus Christ returns as He promised.  WATCH FULL PROGRAM!

Correction: When Greg was talking about Flanks and Obliques, he was correct when He said “flank”. See video below 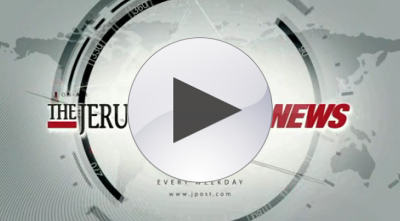